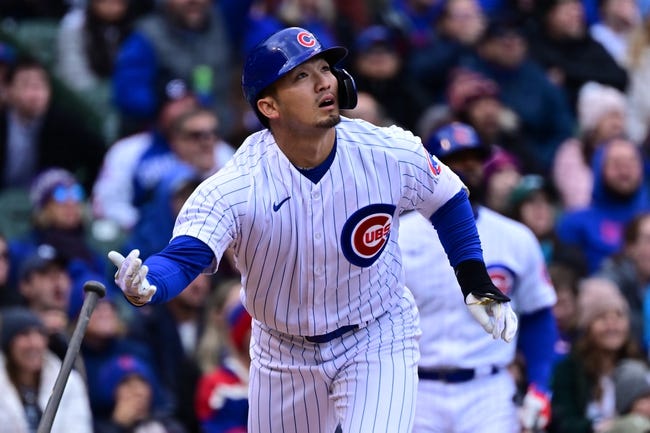 The Chicago Cubs and Pittsburgh Pirates face off on Tuesday in a National League Central in an MLB showdown at PNC Park.

The Cubs looked good to start the season winning two of the first three games of the season against the Milwaukee Brewers. On Sunday, the Cubs jumped out to a lead but the bats cooled off and that led to the 5-4 defeat. On Saturday, the Cubs scored nine runs and the pitching was strong, not giving up any runs. Seiya Suzuki looks to be the real deal hitting one home run and driving in six RBI’s.

On the other side of this matchup is the Pittsburgh Pirates who lost their first two games of the season before beating the St. Louis Cardinals 9-4 on Sunday. In the first two games the Pirates only scored two runs and the offense is going to need to be better going forward. Michael Chhavis has been the top player for the Pirates this season hitting one run and driving in four RBI’s.

Getting the start for the Cubs will be Drew Smyly and last year with the Braves he finished with an 11-4 record and an ERA of 4.48.

On the mound for the Pittsburgh Pirates will be Jose Quintina and during his career he has gone 83-80 record and an ERA of 3.84. After such a strong start to his career he hasn’t been as consistent the last few years, and the Pirates are going to need him to be better.

Drew Smyly had a strong season in terms of records, but he did give up runs with the Braves and I expect that is going to continue this year with the Cubs. The Cubs bats are going to stay hot in this game against Quintina. Look for there to be plenty of scoring by both teams and this game is going to go over the total.