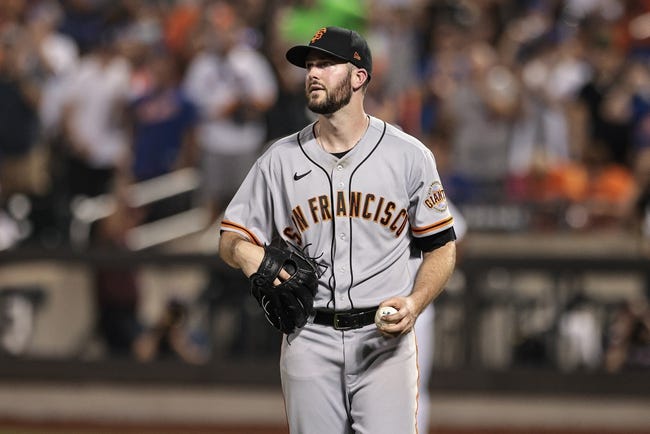 The San Francisco Giants will host the San Diego Padres in the first game of their series in the National League West division matchup from Oracle Park on Monday Night. The weather is expected to be humid with no rain.

The Giants are coming off of a 1 run win against the Marlins in their last game.  Heliot Ramos had two hits and scored a run in his major league debut.

Anthony Desclafani got the start for the Giants in this one. He has a 4.91 ERA, with 5 strikes and a 2.45 whip. He debuted with the Marlins in 2014 and this time around he allowed eight hits and two runs in 3 2/3 innings.

Giants right-hander Alex Wood will be the starter for this one. Last season he averaged a 3.83 ERA. He had 152 strikeouts and a 1.18 whip.

The Padres are coming off of a 5 run win against the Diamondbacks in their last game. The series went 3-1 favoring the Padres.

Padres right-hander, Nick Martinez will be the starter for this one. Last season he averaged a 5.66 ERA. He had 67 strikeouts and a 1.37 whip. Last time he pitched was 2017.

The Padres saw success in their last series against the Diamondbacks, however the Giants are a bigger and badder foe. I think the Padres can keep this one close but I don’t think they have what it takes to get the win here.