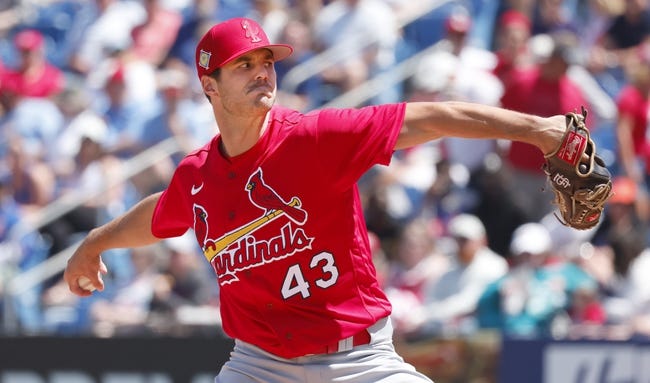 The Pittsburgh Pirates will visit the Saint Louis Carinals in the fourth game of their series in the National League Central division matchup from Busch Stadium on Monday morning. The weather is expected to be unpleasant with high humidity and a high chance of rain.

The Pirates are coming off of a 5 run win against the Cardinals in their last game.

Bryse Wilson got the start for the Pirates in this one. He has a 6.75 ERA, with 2 strikes and a 1.5 whip. Bryse Wilson gave up three runs in the opening inning before tossing three scoreless innings. He only pitched four innings.

Chavis hit a go-ahead grand slam as the Pittsburgh Pirates overcame a three-run, third-inning deficit to secure the win. Chaves had three hits and 4 RBI.

Pirates right-hander Zach Thompson will be the starter for this one. Last season he averaged a 3.24 ERA. He had 66 strikeouts and a 1.21 whip.

The Cardinals are coming off of a 5 run loss against the Pirates in their last game.

Steven Matz got the start for the Cardinals in this one. He has a 21.0 ERA, with 5 stikes and a 3.33 whip. Matz surrendered just one hit over the first two innings before imploding in the third. He only pitched three innings.

Cardinals left-hander, Dakota Hudson will be the starter for this one. Last season he averaged a 2.08 ERA. He had 6 strikeouts and a .92 whip.