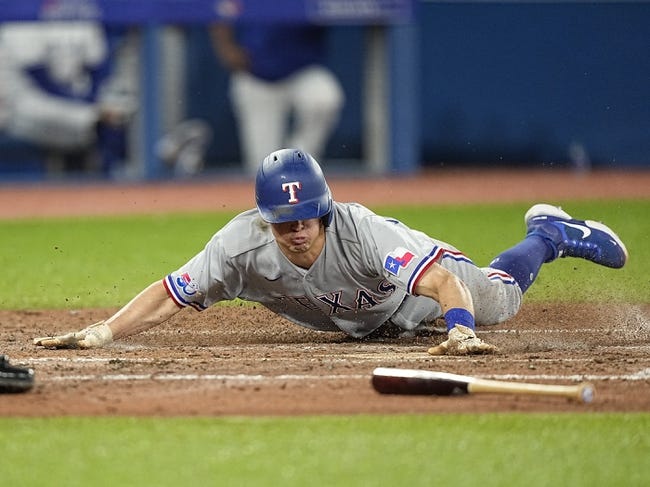 The Colorado Rockies and Texas Rangers face off on Monday in an MLB showdown at Globe Life Field.

The Rockies had a tough opponent to start the season in the Los Angeles Dodgers but they were able to win two of the three games. On Sunday it was the offense that was strong scoring nine runs on the way to the victory. The Rockies scored three runs in the 1st inning and another three runs in the 3rd inning, and then they never looked back. Catcher Elias Diaz has been the top player for the Rockies hitting a home run and driving in three RBI’s.

On the other side of this matchup is the Texas Rangers who lost the first two games of their series against the Toronto Blue Jays, but Sunday was a different story. It was six runs in the 4th inning that was the difference as the Rangers that were able to win 12-6. Brad Miller has been the top player for the Rangers hitting two home runs and driving in five RBI”s.

Getting the start for the Rockies will be Austin Gomber who was inconsistent last season. Gombers finished with a 9-9 record and an ERA of 4.53.

Getting the start for the Rangers will be Taylor Hearn and last season he finished with a 6-6 record and an ERA of 4.66.

Both of these teams' offenses were strong on Sunday and I expect there will be plenty of scoring again in this game. These are two pitchers that I don’t trust and this game is going to be both offenses getting on the board early. Back the over to cash.