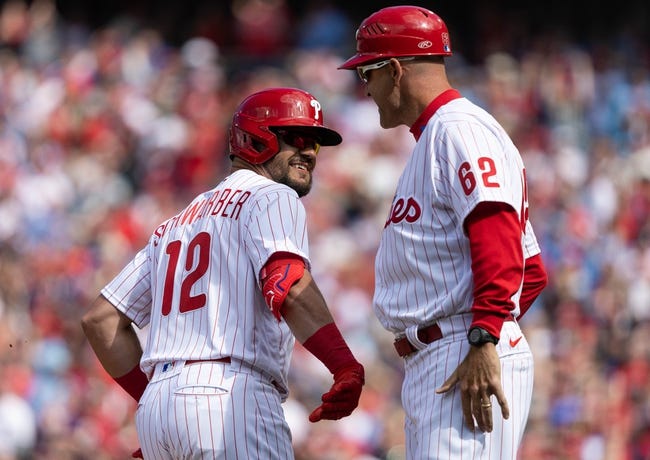 The Oakland Athletics will visit the Philadelphia Phillies in a second game matchup in this MLB matchup from Citizens Bank Park on Sunday Afternoon. The weather is expected to be slightly humid with a decent chance of rain in the forecast.

Reigning NL MVP Bryce Harper also knocked in a run and Aaron Nola struck out seven to lead the Philadelphia Phillies to a 9-5 win over the Oakland Athletics on Fridaymin game one.

The Under is 6-1 in the last 7 meetings in Philadelphia and is 14-2 in the last 16 meetings. Kyle Schwarber should continue to seek efficent production in order to propel this club.

The Phillies were able to dominate the first one in this matchup and should likely see more of the same success here. I like for the Phillies to have repeated dominance here.