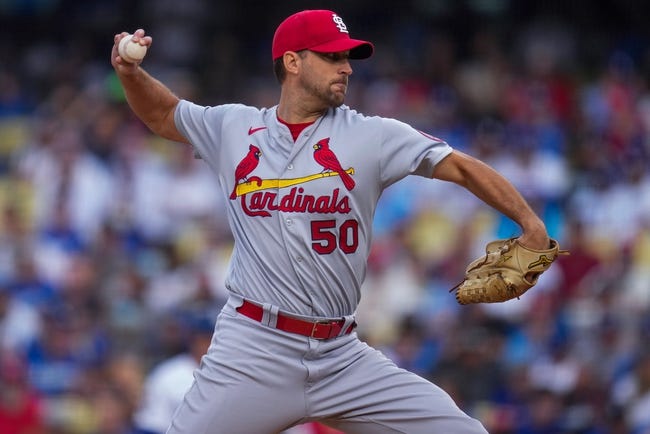 The St Louis Cardinals and the Pittsburgh Pirates will meet in an opening day matchup National League Central division matchup from Busch Stadium on Thursday Afternoon. The weather is expected to be unfavorable with rain projected.

The Cardinals want more from this season after losing in the wild card to the Dodgers, an impressive accomplishment nonetheless.St. Louis had a 90-72 record overall and a 45-36 record in home games last season. The Cardinals slugged .412 with a .313 on-base percentage as a team in the 2021 season.

The Cards brought back Albert Pujols for a farewell final season as he ends his Hall of Fame Career. Paul Goldschmidt, Nolan Arenado and Tyler O'Neill are all returning after combining for 96 HR last season.

Adam Wainwright is slated to be the Opening Day starter. The longtime Cardinal had a bounce-back 2021 season leading the club in wins with 17, ERA (3.05), and strikeouts with 174. St. Louis won all four of his starts last season against the Pirates where he totaled 30 innings and only gave up a grand total of one run.

The expectations for the Pirates are extremely low this season as they were last season. Pittsburgh went 61-101 overall and 24-57 in road games a season ago. The Pirates pitching staff averaged 8.5 strikeouts per nine innings while giving up 5.1 runs per game in the 2021 season.

JT Brubaker is the Opening Day starter and last season he was 5-13 with an ERA of 5.36. Bryan Reynolds was their best player last season batting .302 with 24 HR and 90 RBI and was the only player with more than 11 HR.

The Cardinals should be able to rub up the score in this one as Pittsburgh’s pitching staff is suspect at best. The Cardinals will likely win this one, and in that effort should contribute nicely to the over.