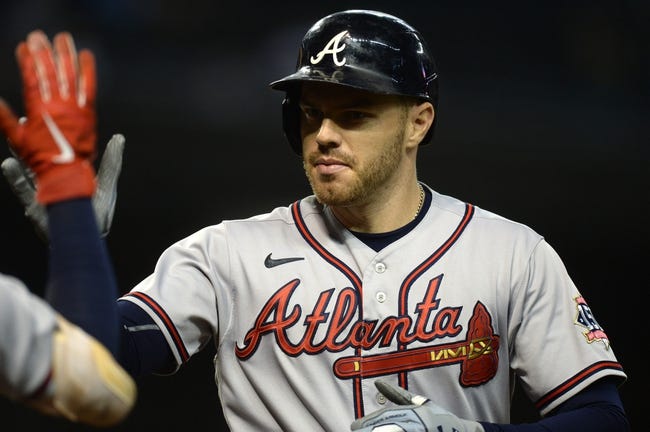 The Atlanta Braves and Milwaukee Brewers face off on Friday in Game 1 of their MLB NLDS series at American Family Field. These teams played six times this season and each team won three games. The visiting team won each of the three game series 2-1.

The Braves finished the regular season with an 88-73 record which was enough to win the NL East. Atlanta had one of the best offenses in baseball averaging 4.91 runs per game which was 8th best in baseball. Away from home the offense was a little worse but still strong averaging 4.77 runs per game. Against right-handed pitchers, the Braves are hitting .245. Austin Riley has been the top player hitting 33 home runs and driving in 107 RBI’s. Ozzie Albies has also hit 30 home runs and driven in 106 RBI’s.

On the other side of this matchup is the Brewers who finished the regular season with a 95-67 victory which gave them the National League Central crown. When most think of the Brewers this year they think of the pitching staff, but they still have top half offense in terms of runs per game. The Brewers are averaging 4.56 runs but at home the offense is actually a little worse averaging 4.32 runs. The Brewers are hitting .234 against right-handed pitchers compared to the. .230 they are hitting against left handers. The Brewers offense uses a more balanced attack to have success. The top player has been Avisail Garcia who has hit 29 home runs and driven in 86 RBIs”s.

Getting the start for the Braves is Charlie Morton and on the season he sits with a 14-6 record and an ERA of 3.34. Over Morton’s last three starts he has given up only three runs total.

On the mound for the Brewers will be Corbin Burnes who sits with an 11-5 record and an ERA of 2.43. Burnes last start against the Dodgers was a bad one going only two innings giving up three runs.

Morton has been pitching well as of late, and Burnes has been strong overall this season. The last few playoff games for each of the games has been an under play and runs are going to be hard to come by in this game. Back the under.