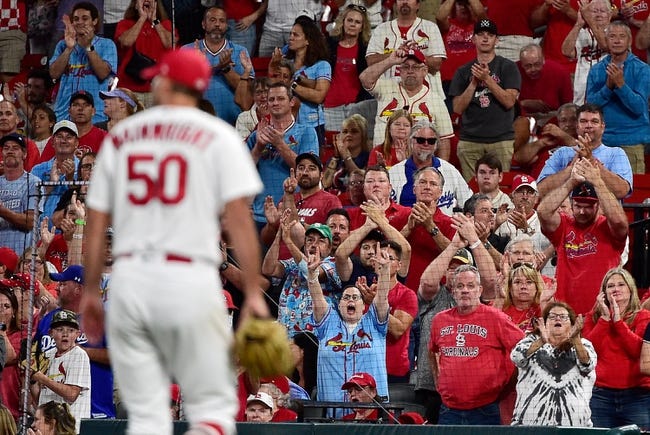 The St. Louis Cardinals and Los Angeles Dodgers face off on Wednesday in the National League Wild Card game at Dodger Stadium. These two teams faced off six times this year, and each team won three games. The last two games played in September were won by the Cardinals.

A couple of months ago the St. Louis Cardinals looked like a team that was going to have a mediocre season and miss out on the playoffs again. The Cardinals then got hot including a 17 game win streak to make the playoffs. On the season, they are averaging 4.36 runs per game and on the road, their offense has actually been better averaging 4.93 runs per game. The Cardinals aren’t really known for their offense, but they are a scrappy team, and are going to need to manufacture runs again in this game. The Cardinals are batting .240 against right-handers, compared to .256 against left-handers. Nolan Armando has been the best offensive player for the Cardinals hitting 34 home runs and driving in 105 RBIs. Tyler O’Neill has also hit 34 home runs and driven in 80 RBI’s.

On the other side of this matchup is the Los Angeles Dodgers who have one of the most talented teams in baseball, but they are dealing with some issues, including Max Muncy missing this game because of an injury. The Dodgers are averaging 5.12 runs per game which is 4th in baseball. At home this season, the Dodgers are averaging 5.07 runs per game. Against right-handed batters, they are batting .245 compared to left-handed batters where they are averaging .243. Muncy has been the top player this year hitting 36 home runs and driving in 94 RBI’s, and not having his production is going to be a big loss. Justin Turner has hit 27 home runs and driven in 87 RBI’s. Six different players have hit 20 home runs.

Adam Wainwright has been one of the best stories for the Cardinals this season and in three of his last four starts he has given up two runs or less.

On the mound for the Dodgers will be Max Scherzer who was really good for a few months, but he is coming off two terrible starts giving up 11 runs total. In his last start against the Dodgers, he went 5.1 innings giving up 11 hits and six runs.

There seems to be something special about this Cardinals team and I don’t like the way that Max Scherzer has looked the last few starts. The Cardinals bats are going to get to Scherzer early in this game, and the Dodgers are going to have their season end early. Back the Cardinals on the money line.