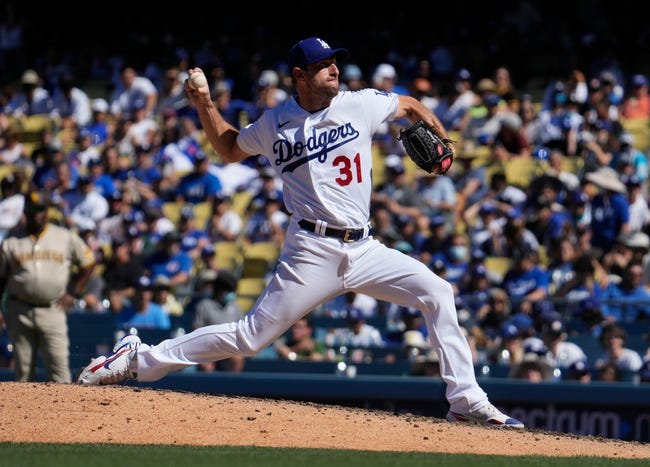 We have 12 MLB games to choose from on Thursday, September 23, 2021, and there is plenty of good pitching on the menu. Check out our best picks below, as well as the updated betting odds.

The Indians rank 30th in the majors with a .209 team average over the last two weeks. The White Sox have hit Indians’ starter Zach Plesac well this season, with a .333 average and 12 runs in 11.1 innings. Take the White Sox.

The Brewers Adrian Houser has yet to allow a run in 14 innings against this Cardinals lineup this season. St. Louis’s Adam Wainwright has also pitched well against the Brewers, only allowing four earned runs in three start this season. With the Brewers struggling at the plate, look for this to be a low scoring affair.

Max Scherzer is 7-0 with just three earned runs allowed in 10 starts since joining the Dodgers. The only run he allowed in September has been unearned. The Rockies are hitting just .229 as a team over the last thirty days and despite the Dodgers being equally inept, the Scherzer factor is too strong in this one.

Oakland has a hit a cold streak from the plate, hitting just .213 over the past week with 3.6 runs per game. The Mariners Yusei Kikuchi has also had their number this season, limiting them to a .233 average in two starts. Take the road team.

The Braves’ Charlie Morton has been solid all year and has a miniscule .182 average against on the road. Madison Bumgarner’s only start against Atlanta was a seven-inning no-hitter earlier in the year. Look for this one to go under.

The Padres’ Yu Darvish has had a rough time against the Giants this year, allowing 10 runs and 6 longballs in 16.1 innings pitched. On the flip side, the Giants are 8-0 in Logan Webb’s last eight starts, and he has allowed just 13 runs in those 53.1 innings pitched. The Giants offense has also been rolling, ranking fourth with a .279 average over the last two weeks, and averaging just over six runs per game. Take the road team.

This will be game two of their double-header, with a great pitcher’s duel set between the Sox’ Lance Lynn and the Indians’ Aaron Civale. Civale has gotten the better of this matchup, however the offense just leaves too many questions. Take the White Sox for the sweep.

The Nationals have been swinging the bats well of late, and the Reds’ Luis Castillo has had his share of struggles this season. The same can be said of the Nats’ Patrick Corbin, but the Reds rank last in the majors with a .225 average against lefties this season. Take the road team.

The Phillies’ Aaron Nola has limited this Pirates lineup to a .157 career average and looked good in his start in Pittsburgh earlier in the season. The Pirates’ Wil Crowe has given up 23 home runs in just 106 innings this season and has allowed a .296 average on the road. Give me Philadelphia.

Both the Rangers’ Glenn Otto and the Orioles Zac Lowther have allowed well over a hit per inning with ERAs over nine in limited action this season. Despite that, the Rangers are hitting just .223 with 1.5 runs per game over the last seven games so they cannot be trusted to produce. Take the Orioles at home.

Toronto ranks third in the majors with a .284 average over the last two weeks and have averaged 6.8 runs per game. The Twins are hitting just .218 over that same stretch and had minimal success against the Blue Jays’ Steven Matz in their previous matchup this season. Take Toronto on the road.

Houston has hit .301 as a team and averaged 6.9 runs per game over the past two weeks, both pacing the league. The Astros’ Lance McCullers Jr. has a 2.10 ERA and .169 OBA against the Angels this year. Give me the Astros.