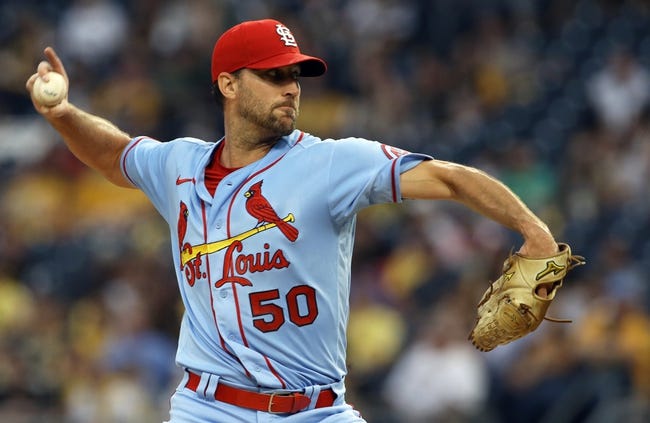 It’s another full slate of games across the MLB on Wednesday and there is plenty of value across the board in terms of free MLB picks. Let’s take a look at a free MLB pick on each of the games.

I am taking my chances with the Mariners in this game. Tyler Anderson hasn’t been lights out this year, but he has kept his team in games. Each of his last three starts he has given up three runs or less. The Mariners' offense can give him enough run support against Jose Urquidy to pull off the upset.

The Giants have a big advantage on the mound and their offense is going to run up the score again at Coors Field. Anthony DeScalfani currently sits with an ERA of 3.24 and a record of 11-6. The Rockies are a better team at home, but they are in over their heads in this game. Back the Giants on the run line.

The Twins are going to pull the upset in this game. Just looking at Joe Ryan’s numbers it shows he gave up three runs in his major league debut, but those three runs all came in one inning. Ryan pitched really well for four of the five innings, and he will lead to the Twins pulling the upset.

There are plenty of better bets on the board this one. Luke Weaver and Kohei Arihara have both been inconsistent this season. Even though there has been some inconsistency, Weaver has been pitching better as of late giving up only one run over his last three starts. The Rangers bats are going to be ice cold, and the DBacks will win on the money line.

The Mets haven’t been too trustworthy this year, but this is a spot to take them. Rich HIll has been so good this season, and over his last two starts, he has gone 11 innings total giving up only two runs. The Marlins offense is averaging only 3.97 runs per game which is 4th worst in baseball. Back the Mets on the money line.

There will be no shortage of scoring by both teams in this game. Matt Manning and Mitch Keller have both been hit hard this season. Keller sits with a 6.23 ERA and I especially expect the Tigers to run up the score. Back the over.

Matt Harvey gets the start for the Orioles, which means the Royals will score plenty of runs. Mike Minor has given up three runs in each of his last three starts, and that type of output will be enough for the Royals to pull off the victory.

This total is too high. Luis Gil has been lights out this year going 15.2 innings total giving up zero runs. Alek Manoah is coming off a bad start, but overall he has been strong this season sitting with a 3.63 ERA. Both offenses are going to struggle and the under will cash.

This game is a true toss up, but I expect both offenses are going to struggle to score in this game. Shane McClanahan and Nathan Eovaldi haven’t been elite this season, but they both don’t have too many blow ups starts. I expect six or seven runs to be scored, and the under will cash.

There have been no starting pitchers announced.

I have to take the value with Kyle Gibson in this game. Freddy Perelta over his last two starts has gone four innings giving up seven runs. Look for the Phillies offense to give Gibson some run support, and the underdog will pull off the upset.

The Cubs have come out of nowhere and they have won eight of their last ten games. The Cubs get to face off with Vladimir Gutierrez and over his last two starts he has given up nine runs total. I actually like the Cubs on the reverse run line.

Yu Darvish has been so bad, there has to be some concerns that he might not make the postseason roster. Over Darvish’s last three starts he has gone 11.1 innings and given up 15 runs. The Angels and Shohei Ohtani are going to tee off on him in this game. Back the Angels on the money line.

The St. Louis Cardinals are going to get the job done against the Los Angeles Dodgers. Adam Wainwright over his last three starts has gone 21.1 innings and given up only two runs total. The Dodgers bats are going to be ice cold.

I haven’t laid -160 much this season against the Chicago White Sox, but this is a perfect opportunity to fade them. Dallas Keuchel has had some major issues this season and in each of his last three starts he has given up six runs. The A’s are going to tee off on him and win on the money line.