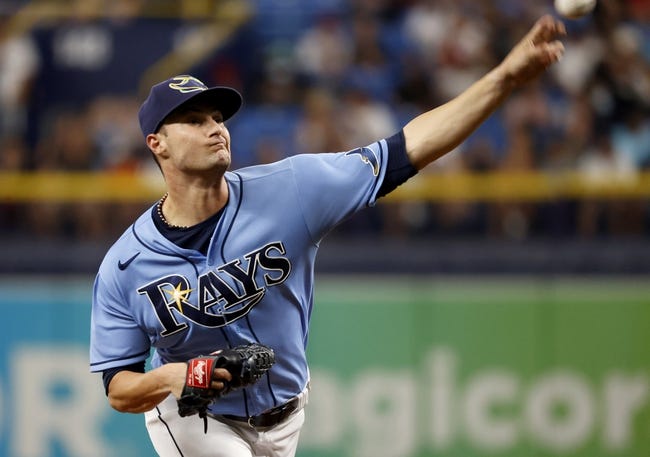 It is Thursday, September 2nd, 2021 in Major League Baseball and we have eight games on the schedule to go over. Let's look at the odds and picks for these games in the MLB.

The Athletics need to pick up games like these and I think Sean Manaea sets them up well. The Tigers' Matt Manning has an ERA above 5.40 and I think the A's get to him here.

It looks like the Phillies' Aaron Nola and the Nationals' Paolo Espino will meet here in the makeup game from last night's rainout. I give the edge to the Phillies who are playing well and cannot afford to drop these games, even on the road.

I will take the plus money with the Brewers in this spot, as they have already shown they can compete with the best team in baseball even on the road. Eric Lauer has allowed two or fewer earned runs in four of his last five starts for Milwaukee. I think he and the Brew Crew are worth the +135 odds.

Shane McClanahan of the Rays has shown why he was the top pitching prospect of the Rays heading into the season. I think the Rays hit Boston's Eduardo Rodriguez hard and earn another victory at the Trop.

The Mets are going to look to keep things rolling after sweeping the doubleheader on Tuesday. I expect runs to be hard to come by, and that is exactly why we see a low total at 7.5. I will take the under.

I will take a shot with the Pirates on the road here with Mitch Keller. Keller has obviously not had a strong MLB career so far but we know he has good stuff, he just has to locate. A road game against the lowly Cubs may be what Keller needs to earn his fifth win of the season.

Although the Royals are red hot, I will take the Indians as the road favorites here. After a bad start to the season, the Indians' Triston McKenzie has proven why he was a top prospect for the Indians for so long. McKenzie has racked up the Ks and I think he earns another win on Thursday night.