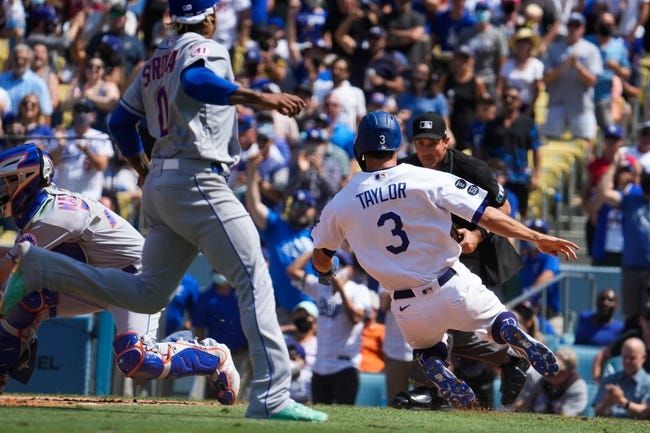 It’s a full slate of games across the MLB on Wednesday and there is plenty of value across the league in terms of MLB picks. Let’s take a look at a free MLB pick on each of the games.

Tarik Skubal hasn’t been great, but I am not ready to lay this type of number with Jon Lester. Lester has been awful this year, and it hasn’t gotten any better as of late. Look for the Tigers to find a way to pull off the upset.

Mike Minor hasn’t been terrible as of late, and he is going to find a way to keep the Royals in this game. The Royals offense might not score five or six runs, but they are still going to score three or four, which will be enough. Back the Royals +1.5

Austin Gomber is going to get the job done in this game. Zach Davies has been awful this year, and the Rockies offense is going to take advantage. Look for the Cubs offense to find a little success, but he isn’t going to run up the score. Back the Rockies on the money line.

I still don’t know what to think about Tyler Gilbert. After having a no-hitter in his first start for the Diamondbacks, In Gilbert’s last start against the Colorado Rockies, he went five innings giving up nine hits and four runs. I think in this game, the Pirates are going to find some success against him, and they will get the job done.

The Rays offense is going to struggle in this game. Zack Wheeler has been strong this year sitting with an ERA of 2.77. Look for the Rays offense to have all kinds of issues, and the Phillies will get the job done on the money line.

The Baltimore Orioles have been awful, and their offense has been a big reason. Shohei Ohtani is going to lock down the Orioles' offense and that is going to be the difference in this game. Look for the Angels to run up the score, and that will lead to Los Angeles winning this game in blowout fashion. Back the Angels -3.5.

This total is too high. The Blue Jays offense hasn’t been as strong as of late, and it’s not going to get any better against Lucas Giolito. Robbie Ray has given up only three runs total over his last three starts. Look for both offenses to struggle and the under will cash.

This is a good chance to back the Mets. Johnny Cueto hasn’t been as good as of late, and he is going to struggle in this game a bit. In Cueto’s last start he went 5.1 innings giving up five hits and four runs. Look for the Mets to get the job done.

Luis Castillo is coming off a start where he gave up only one run, but in the previous two starts he had given up 11 runs total. In Brandon Woodruff’s last start he struggled but overall this season he has been a much better pitcher. Look for the Brewers to give Woodruff enough run support to get the job done.

The Miami Marlins are excited to see Edward Cabrera make his major league start in this game. There is a good chance that Cabrera has a good career, but the Nationals are going to find some offensive success against him early. Back the Nationals ML

The Los Angeles Dodgers are the play here. The Padres have some real issues right now and a big reason has been their pitching. Walker Buehler has found a lot of success this season, and he is going to lock down the Padres. Back the Dodgers