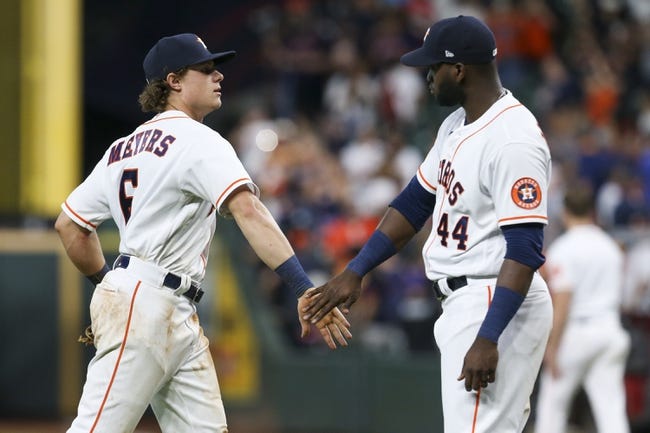 Friday is a full slate of games across the MLB and there is plenty of value across the board in terms of free MLB picks. Let’s take a look at the best MLB picks to make your Friday a winning one.

The Milwaukee Brewers have been playing some really good baseball as of late and they are going to run up the score in this game. MItch Keller gets the start for the Pirates and he comes into this game with an ERA of 7.06. Back the Brewers on the run line.

The Boston Red Sox are slumping coming into this game-winning only three of their last ten games. I don’t really trust the Orioles, but Spenser Watkins can pitch well enough to lead the Orioles to victory.

The New York Mets have issues and I don’t expect them to turn it around in this game. Julio Urias hasn’t gotten enough attention for how good of a pitcher he has been. Urias currently sits with a 13-3 record, and he is going to lead the Dodgers to an easy victory.

The Chicago Cubs really look like they have given up on the season, and playing the Marlins isn’t going to help them turn it around. Their offense is an issue, and runs are going to be hard to come by in this game. Back the under.

The Oakland Athletics are going to find offensive success in this game. Dane Dunning has been awful this season, and the A’s should hit a couple of home runs off on him. Back the A’s on the run line.

Runs are going to be hard to come by in this game. Michael Pineda has given up seven runs in his last three starts, and he is going to lock down Nelson Cruz and the Rays. Shane McClanahan will slow down a Twins offense that has been inconsistent. Look for the under to cash.

The Houston Astros are slumping a bit coming into this game, and it’s not going to get any better in this game. Zack Greinke gets the start for the Astros and over his last two starts he has given up nine runs total. Look for the Angels to run up the score and the over will cash.

This is going to be a pitcher's duel. Madison Bumgarner and Blake Snell have both been lights out the last couple of starts. Over the last three games, Bumgarner has given up only four runs total. Over Blake Snell’s last two starts he has given up only one run and 12 innings. Look for both offenses to struggle to score and the under will cash.

This feels like a 2-1 type of game. Austin Gomber sits with a 9-6 record and an ERA of 3.79. Anthony DeSlafani gets the start for the Giants and he sits with an ERA of 3.28. Look for both teams to really struggle to score, and this game is going to stay well under the posted total.

There have been no starting pitchers announced for this game.