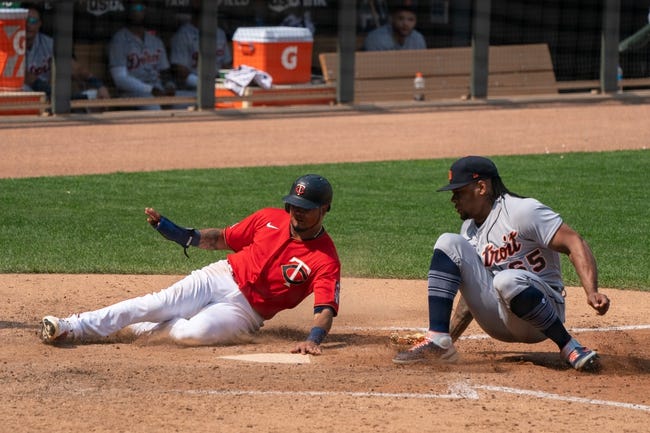 The MLB is back in full swing on Friday night after the All-Star Break and there is plenty of value in terms of free MLB picks. Let’s take a look at the best MLB pick for each of the games.

The Minnesota Twins have dominated the Detroit Tigers so far this season, including the four games before the All-Star break. Jose Urena is on the mound for the Twins and he has been awful this season. Urena’s last start against the Texas Rangers was not fruitful as he went 4.2 innings giving up six hits and five runs. The Twins offense is going to run up the score, and the Twins will win this game on the run line.

The Marlins are going to get the second half of their season started with a bang against the Philadelphia Phillies. The Marlins offense has been inconsistent this season, but they are going to find offensive success against Matt Moore. Back the Marlins on the money line.

Marcus Stroman’s last start was against the Pittsburgh Pirates and he went five innings giving up five hits and two runs. I expect runs are going to be very hard to come by in this game, and the under is going to cash.

The San Diego Padres send Chris Paddack to the mound, and he has been a big disappointment the last few starts. Over Paddack's last two starts he has gone four innings total giving up 10 runs total. In this game, the Nationals are going to take advantage, and they will win this game on the run line. The over is also a good play.

The Boston Red Sox and New York Yankees were expected to play on Thursday, but the Yankees are dealing with COVID issues, so this game might be in jeopardy too. The Red Sox have won each of their games against the Yankees this season, and they are going to continue that success in this game. Look for another good start from Perez and for the Red Sox to give him some run support.

This total is too high. Robbie Ray gets the start for the Toronto Blue Jays and he isn’t going to be giving up many runs in this game. In Ray’s last start he went seven innings giving up one hit and one run. Jordan Lyles hasn’t been great, but he isn’t going to give up enough runs for this to go over the total. Back the under.

This is a great chance to take the Tampa Bay Rays at plus money. In two of Michael Wacha’s last three starts, he has given up a run or less. In the last start against the Indians, Wacha went six innings giving up four hits and a run. The Braves offense is going to struggle in this game, and the Rays will pull the upset.

Zach Eflin gets the start for the Phillies and he is going to lock down the Marlins offense. This isn’t the best play on the entire board, but I think the Phillies get this job done the run line.

Lance McCullers Jr. gets the start for the Astros and each of the last three games he has given up only two runs. In this game, McCullers Jr is going to lock down, but I also don’t believe the Astros are going to give him a whole lot of run support. Look for this to be a lower-scoring game that stays under the total.

The St. Louis Cardinals offense is an issue, and now they have to face off with Kevin Gausman who still isn’t getting enough credit for what he is doing this season.. Gausman currently sits with an ERA of 1.73 and he is going to lock down the Cardinals offense. Back the Giants on the money line.

This total is too high This is at Coors Field, but I expect this game to finish with only seven or eight runs. Antonio Senzatela got off to a slow start to the season, but in each of his last three starts he has given up three runs or less. Look for the offenses to keep this game under the total.

The wrong team is favored in this game, I don’t care that the Seattle Mariners are on the road. I don’t trust Andrew Heaney, and the Mariners are going to get enough run support against him to get the job done. Back the Mariners to pull the upset.

I don’t trust either of these teams. But I do trust Kyle Hendricks enough that this game is going to be lower scoring. If you want to bet this one, don’t bet it big, but I expect runs are going to be hard to come by, and the under will cash.

I know that Eli Morgan has struggled this year, but in no world should the Oakland Athletics be sitting at -313. Bet this one small, but the Indians do have the offense to pull off the big upset. Back the Indians.