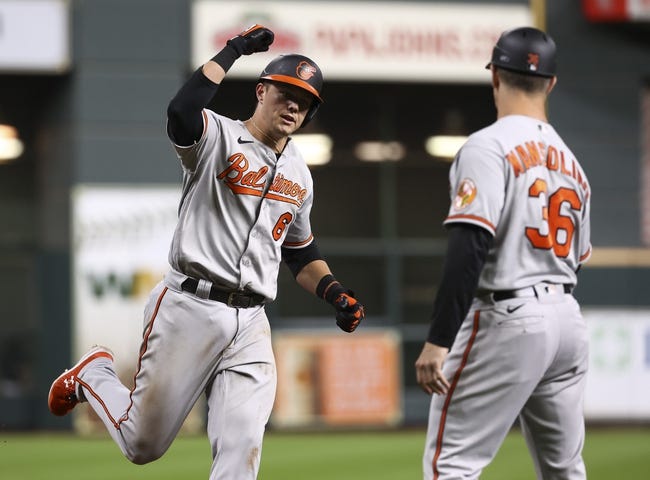 Wednesday is another solid slate of games and there is plenty of value across the board in terms of free MLB picks. Let’s take a look at the best MLB pick for each of the games.

The St Louis Cardinals should be closer to -200 or -220 in this game. Kwang Hyun-Kim only has a 1-5 record but his ERA is only four. The Cardinals offense is going to have no issue running up the score against Riley Smith and this game is going to get out of hand early. Back the Cardinals to win this game on the run line.

Jake Arrieta has had issues this season for the Chicago Cubs, sitting with an ERA of 5.32. Look for the Brewers' offense to run up the score against him, and this game is going to get out of hand early. Back the Brewers to win this game on the run line.

Jon Lester can’t be trusted. Lester has struggled this season, and he also hasn’t gotten a ton of run support this season. Look for the Rays to get to Lester early, and this game is going to be over early. Back the Rays on the money line.

This total is too low. Both of these pitchers have been inconsistent, and especially Chad Kuhl is going to struggle to slow down the Rockies and there is going to be plenty of runs scored by both teams in this game. Back the over to cash.

Aaron Nola is coming off his best start of the season going 5.1 innings giving up two hits and zero runs. Look for the Marlins bats, which have been inconsistent to struggle in this game. Back the Phillies on the money line.

The New York Yankees send Domingo German to the mound, and he has struggled as of late. Each of the last two starts, German has given up four runs in four innings. Look for the Yankees offense to struggle against Ohtani and the Yankees will win this game on the money line.

This total is too high. Steven Matz has been pitching a little bit better as of late, and in the last game he went 5.2 innings giving up four hits and one run. The Blue Jays are going to find offensive success, but this total is too low. Back the under to cash.

This total is too low. Martin Perez is on the mound for the Boston Red Sox and he has been inconsistent this season. For the Royals it’s going to be Mike Minor who comes into this game with a 5.12 ERA. Look for both offenses to find their offense early, and htis game should finish closer to to 15 or 16 runs. Back the over.

Vladimir Gutierrez has been decent this season, but not as strong the last few games.I don’t trust Guiterrez in this game, and the Padres are going to run up the score early. I wouldn’t bet a ton on this game, but the Padres should get the job done on the run line.

Bailey Ober looked good in his first few starts for the Minnesota Twins, but he is coming off a start where he gave up four runs in 4.1 innings. Look for the White Sox’s offense to be the difference as they get the job done in this game.

The Houston Astros were laying this type of number in the first game of this series and the Orioles were able to come away with the victory. The Orioles can’t really be trusted, but at +280, that is too good of a number to pass up. Back the Orioles on the money line.

This is a great place to back the Rangers. Kolby Allard gets the start for the Texas Rangers and he sits with a 2-3 record and an ERA of 3.33. In this game, the Rangers are going to find the offensive success, to give him run support, and the Rangers will pull the upset.