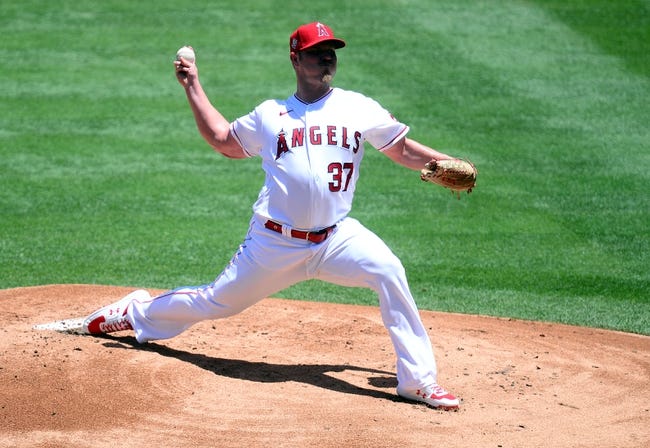 Sunday is another day filled with a full slate of MLB games, and there is a lot of value across the board in terms of free MLB picks. Let’s take a look at a free MLB pick for each of the games.

The Pittsburgh Pirates have had some issues this season, but they are going to get the job done in this game. Sam Hentges gets the start for the Indians and coming into this game he sits with a 7.57 ERA. Look for the Pirates to find offensive success against him, and the home team will win this game on the run line.

The A’s and Yankees are both going to struggle to score in this game. Sean Manaea and Jordan Montgomery have both been pitching well coming into this game, In 12 innings at Yankees stadium, Manaea hasn’t given up a run. This total really should be closer to 8. Back the under to cash.

There are probably a lot of teams that are regretting not going after Taijuan Walker this offseason. Walker sits with a 6-2 record and an ERA of 2.12 The Nationals bats are going to be locked down in this game, and that will be the difference. Back the Mets to win this game on the run line/

The Red Sox have one of the best offenses in baseball, and they are going to have no issue running up the score in this game. The Royals starting staff hasn’t been good, and it doesn't get any better with Mike Minor who sits with an ERA of 4.63. Back the Red Sox to win this game on the run line.

Both of these offenses are good, but runs are going to be hard to come by in this game. Lance McCullers Jr should be stretched out a little more but in his last game he went 4 1/3rd of an inning giving up one run. Dallas Keuchel sits with a 6-1 record and an ERA of 3.78. Look for a 4-3 type of game and for the under to cash.

This Chicago Cubs team is having some major issues and they have lost each of the first two games of this series. During the two games, the Cubs have been outscored 21-3. There is no reason in this game to believe that the Cubs offense is not going to get any better in this game, and the Marlins will pull off another upset.

Kenta Maeda has had some real struggles this season, and there is no reason to believe it’s going to be different in this game. Look for the Texas Rangers offense to attack him early, and the Rangers will win this game.

The Phillies shouldn’t be the underdogs in this game. Sammy Long is making his first major league start for the San Francisco Giants The Phillies offense was strong on Saturday, and they will run up the score again in this one. Back the Phillies on the money line.

Casey Mize has had three quality starts in a row, and the Angels have been super inconsistent this season. Dylan Bundy has struggled as of late, and the Tigers are going to get the job done. Back the Tigers on the money line.

This is going to be the game the Arizona Diamondbacks finally get a win. Tony Gonsolin has struggled with his command as of late, and the D-Backs offense has actually been decent this year. Don’t bet it baig, but the Diamondbacks are the play.

Over the last ten games, the Mariners actually have the better record, and they are going to get the job done in this game. Shane McClanahan has been inconsistent this year, and the Mariners are going to find success again him. It’s going to be a close game, but there is too much value with the Mariners +125.

Dinelson Lamet has a 1-2 record overall, but he has a 3.33 ERA, and the Reds offense is going to have issues going in this game. It’s expected that Lamet should be able to go deeper in this game, and the Padres are going to get the job done. Back the Padres on the run line.