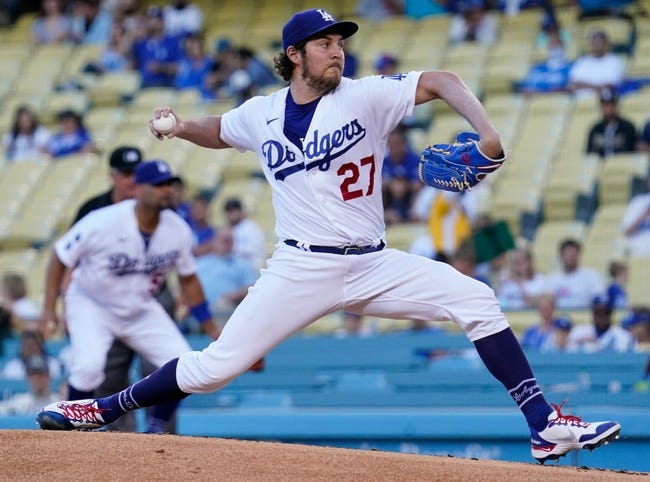 All 30 teams are in action on Friday, June 18th, 2021 in the MLB. Let’s take a look at the odds as well as the free betting picks for each game.

I am not in love with Jameson Taillon but the Yankees are playing with passion and I expect their bats to be enough at home against the A's James Kaprielian.

I still believe the Indians are pretenders and should not be laying this much juice on the road. The Pirates' Chad Kuhl has been awful this year but the Indians have one of the weakest lineups in baseball. I would not be shocked to see Pittsburgh sneak this one out.

This an ultimate fade of the Nationals' Joe Ross. The Mets are the better team and we are getting a good price with them on the road in this spot. The Mets' Joey Luchessi should be able to toss some fine innings early on.

The Orioles have been abysmal this season but hit left-handed pitchers really well. The Blue Jays' Robbie Ray is allowing too many home runs for my liking, so I will take the plus money with the home team as Toronto has struggled as of late.

The Cardinals look lost at the plate and the Braves need to pick up as many wins as they can get. The Cardinals' Carlos Martinez may be moved to the bullpen before we know it, so let's fade him here while we have the chance.

Call me crazy but I do not feel comfortable laying -154 odds with the Cubs when Zach Davies is on the mound. The Marlins' Pablo Lopez is the much stronger starter and should be able to bounce back from a rough start on Sunday.

These are two of the uglier teams in the American League but I have to give the edge to the Twins. Minnesota has the better starter on the mound in Jose Berrios and the Twins' bats are stronger as well.

The Royals have not announced a starting pitcher for this one yet but I am still going to take the Red Sox regardless. The Red Sox's Nick Pivetta has won a good amount of ballgames for Boston and the Red Sox should take advantage of a weak KC bullpen.

This is a big series for both teams and with the Astros dominating on Thursday, I am going to side with Houston here again. The Astros hit left-handed pitching well and the White Sox's Carlos Rodon is a southpaw. Houston should be able to take game two of this series.

Despite the Brewers' offense struggling on Thursday against German Marquez, I do think Milwaukee wakes up a bit against the Rockies' Antonio Senzatela and the rest of the Rockies' bullpen. Both teams should be able to score at least five runs, so I like over.

The Angels are hovering around .500 while the Tigers are six games under .500 on the road this year. I like the Angels' Alex Cobb in this spot, as I see a bounce-back performance after two weak outings.

Trevor Bauer will have all eyes on him in this start and I think he and the Dodgers show off in a comfortable win. The Diamondbacks' Caleb Smith has pitched well in spots this year but the LA bats will be too much for him.

I like the over in this one, which is not something you see too often in Giants' games. Both the Giants' Johnny Cueto and the Phillies' Vince Velasquez are well past their prime and both teams should benefit offensively.

The Padres have been fantastic at Petco Park this year but this price seems a bit too outrageous considering the Reds' recent play. Chris Paddack of the Padres does not come across as a -180 pitcher in my eyes, so I will side with the Reds based on value alone.

Getting the defending American League champs at this price is too good to be true, but I will fall for the trap I guess. Tampa Bay is just the better team and although the Mariners' Yusei Kikuchi has pitched well, I do not think he does enough for the M's to catch a win.