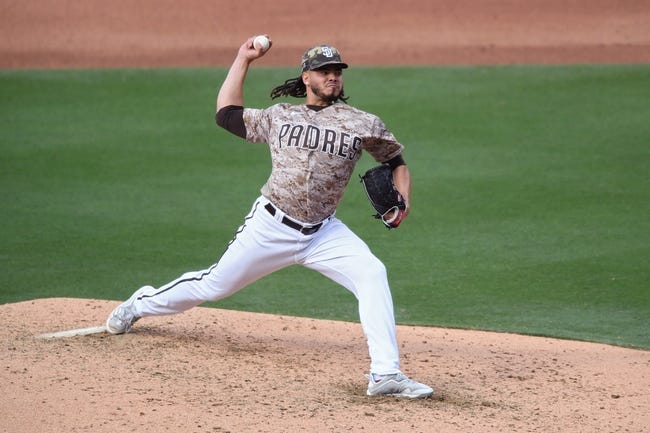 It’s a full slate of games across the MLB on Saturday and there is plenty of value across the board in terms of betting. Let’s take a look at a free MLB pick for each of the games.

The Dodgers have played a tough schedule heading into this game, and they have struggled. The Pirates sed J.T Brubaker to the mound and he has pitched well this season sitting with an ERA of 3.74. The Pirates might not win this game, but they will keep it close.

The Phillies have been inconsistent this season, but this is a great chance to back them. Drew Smyly struggled against the Phillies earlier this season and he is going to struggle again in this game. Back the Phillies to get the job done on the money line.

The Mariners as underdogs is the play here. The Tigers have been a good surprise this season, but they have still been way too inconsistent and that is going to haunt them again in this game. Marco Gonzales is coming off a strong start and he is going to slow down the Tigers. Look for the Mariners to win this game at a very nice price.

Both starting pitchers in this game have been good, and both of these offenses have been inconsistent. On Monday, the Marlins had a chance to tie the game late but could only manage three runs and their offense is going to struggle again in this one. Look for a very low-scoring game and for the under to cash with ease.

It doesn’t seem to matter how good Sonny Gray is in his starts, the Reds offense gives him no run support and that will happen again in this game. Look for the Brewers to score just enough to win this game. Back the Brewers ML

The Rays are 7-3 in their last ten games and they are going to have no issue getting the job done in this game. Jon Lester hasn’t been a great signing for the Nationals and the offense isn’t going to give him any run support. Back the Rays on the run line.

The Boston Red Sox won another game on Monday and they are going to open up this series on the right foot. Martin Perez has been strong as of late winning each of his last four games and he is going to get run support in this game.

The Giants offense has confidence heading into this game, and the Rangers have only one win in their last ten games. The Giants are going to get another good start out of Alex Wood and that will lead to the Giants winning on the run line.

This is my least favorite game on the board. Robbie Ray has pitched better this season and Carlos Rodon has been inconsistent. I am going to bank on this being one of Rodon’s bad starts and the Blue Jays will get the job done as underdogs.

I haven’t trusted the Twins a whole lot this season and there is no reason for that to change in this game. Michael Pineda didn’t look great in his last start and he is going to get chased early in this game. Back the Yankees at a nice price.

This is one of the best plays on the board. The Cardinals have not been playing as well as of late, and now they send out Carlos Martinez to the mound and he has been awful as of late. The Indians are going to take advantage with their offense and win on the run line.

I would like this game more if the Royals were close to +140 or +150 but at this price, they still have some value. The Royals have success against left-handed pitchers, and this is a game where they can give Kris Bubic some run support. Back the Royals ML +120

The Athletics are way too big of a favorite in this game for something I feel comfortable betting, but there is no other way to attack this game. The Diamondbacks only have two wins in their last ten games, and their pitching has been the issue. The A’s are going to find the offensive success.

Dinelson Lamet’s last start was against the Cubs and he shut them down, something that is going to happen again in this game. The Cubs are going to have all kinds of issues scoring in this game and the Padres will come out on top.