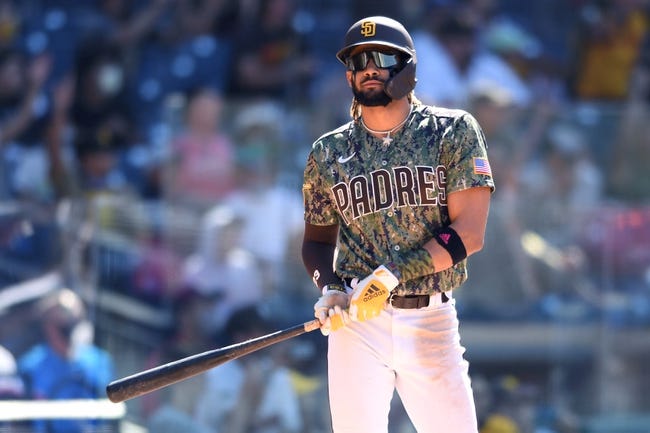 MLB Games for Monday, May 24th

It’s a light slate of games across the MLB on Monday with eight games taking place including an afternoon game. Let’s take a look at a breakdown and a free MLB pick for each of the eight games.

Both of the starting pitchers in this game are coming off bad starts in their last games and both teams are going to have no issue running up the score in this game. On Sunday there were 10 goals scored and there is going to be no shortage of scoring in this game by both teams. Back the over as one of the best plays on the board.

Trevor Rogers is the best pitcher on the Marlins and coming into this game he sits with a 6-2 record and an ERA of 1.74. The Marlins bullpen is also nice and rested if they are needed to be called into action in this game. The Marlins' offense has been inconsistent, but they will do enough to get the job done in this game. Back the Marlins on the money line.

The Indians lost two of three over the weekend against the Twins, including in extra innings on Sunday. The Tigers have lost two games in a row including their game on Sunday 3-2. The Tigers have a big advantage on the mound with Spencer Turnbull and that will be the difference in this game. The Tigers offense will break out and lead the Tigers to a win on the run line.

The New York Mets have most of their team on the IL and that has taken a big toll on their offensive success. Over the last two games the Mets have scored only two runs total and that lack of scoring is going to be the difference in this game as the Rockies win this game on the money line.

John Means is coming off a start where he allowed four runs, but he still sits with a low ERA of 1.70. The Twins haven’t gotten good pitching especially from Matt Shoemaker, and their bullpen hasn’t done any favors either. Look for Means to lock down the Twins bats and even on the road, they will get the job done. Back the Orioles ML

The White Sox were swept by the Yankees over the weekend and their offense was terrible. The good news for the White Sox in this game is they have Lance Lynn on the mound who has gone 40.2 innings giving up only ten runs total. Look for this game to be a pitchers duel and the under is going to cash with ease.

The Mariners struggled over the weekend against the San Diego Padres and now they have face an A’s offense that is good. The pitching was an issue over the weekend and that is going to continue in this game. Look for the A’s to run up the score and that will lead to the home team winning this game on the run line.