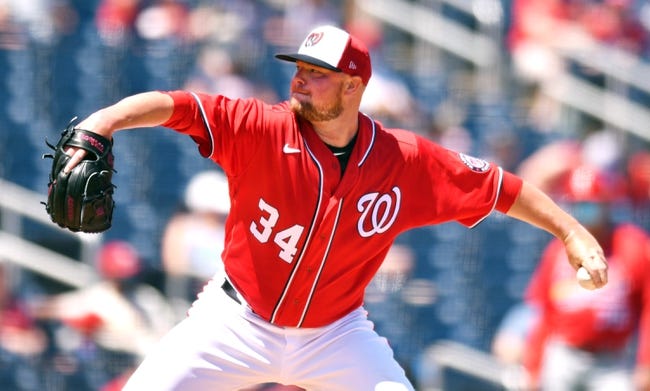 MLB Games on Wednesday, May 12th

It’s a full slate of MLB games across the league on Wednesday with all 30 teams in action and with so much action there is plenty of value in terms of MLB player props. Let’s take a look at some of the best props to make you money.

Trey Mancini has had a good season, but this is a good spot to take a shot at him finishing without a hit. Taijuan Walker is getting the start for the Mets and he has gone deep in games and also found success. In his last start against the St. Louis Cardinals, he went seven innings giving up one hit and one run. In two of Mancini’s last three games he has been held without a hit.

Bryce Harper has good value to not score any runs on Wednesday against the Washington Nationals. Just looking from the outside, the matchup for Harper against Jon Lester looks juicy, but a dive into the numbers show that isn’t actually the case. Harper in his career against Lester has had 20 plate appearances he has had only four hits total. With this sitting at plus money, there is a lot of value.

Jon Lester hasn’t gone deep in any of his two starts this season but in his last start against the Atlanta Braves he had five strikeouts in five innings pitched.The Philadelphia Phillies rank 4th in the league having struck out 363 times so far this season. Look for the strikeouts to be an issue again for the Phillies and for Lester to have at least five.

Taking the Twins bullpen out of it is a good idea and with the way J.A. Happ has pitched this season. In 28.1 innings so far this season, Happ has given up six runs total. The best news about this bet is if the game is tied, it’s just a push, but I think the Twins can get Happ at least one run of support in the first three innings for this bet to cash at plus money.