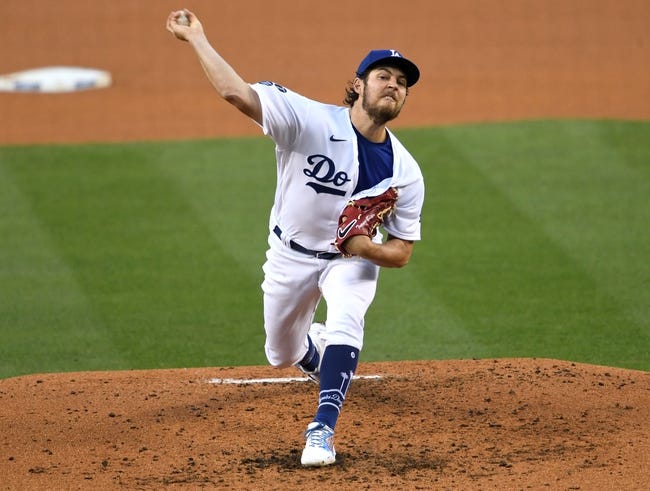 With 9 MLB games to choose from on Thursday, April 29,2021, there are plenty of options for some baseball action. Check out our free MLB picks, as well as the betting odds.

New York’s Jordan Montgomery has limited this Orioles lineup to a .214 lifetime average and has stuck out 33% of the batters he has faced. Baltimore is just 3-9 at home this season, and the Yankees rank 4th in the majors with 19 home runs on the road. The Orioles’ Jorge Lopez has given up at least one home run in each of his first four games. Give me the Yankees.

The Ray’s 24-year-old lefty Shane McClanahan will make his MLB debut on Thursday. He last pitched in spring training, during which he tossed 3 scoreless innings with 7 strikeouts. Oakland has been solid against lefties this year, with their .744 OPS and 36 runs scored both ranking in the top half of the league. The Athletics’ Chris Bassitt has stuck out 8 in each of his last two starts and is 2-0 with a 3.27 ERA on the road this year. As promising as McClanahan is as a prospect, I do not feel comfortable betting against these A’s with a solid starter on the mound. Back Oakland in this one.

Philadelphia’s Aaron Nola is in vintage form to start the season, with a 2.84 ERA, 0.98 WHIP and 32 strikeouts through five starts. The Cardinal’s answer will be Kwang Hyun Kim, who shut down the Reds last time out. He tossed 5.2 innings and allowed just 1 run with 8 strikeouts in his first home start of the season. Over the last 7 days both teams rank in the bottom third of the majors in runs scored, so I expect this one to be a low scoring game. Take the under.

Seattle will start lefty Yusei Kikuchi, who has allowed over a hit per inning and 5 home runs through 4 starts this season. The Astros have dominated left-handed pitching this year, ranking 2nd in the majors with a .287 average and 1st with 54 runs scored against southpaws. The Astros will start the inconsistent Luis Garcia, but their bullpen has been decent with a 4.19 ERA and 1.26 WHIP to start the year. Whoever Houston starts should have a solid lead, as they will be backed by an offense in a plus-matchup that has a league best 38 runs scored over the last 7 days. Give me Houston.

The Cubs Adbert Alzolay has been a mixed bag through 3 starts, with a 5.40 ERA and 17 strikeouts in 15 innings pitched. The Braves Ronald Acuna Jr is 1-2 in his career against Alzolay, with the one hit being a home run. Atlanta will start Bryse Wilson here, as they are still without Max Fried. Their bullpen has been suspect to start the year, ranking 4th worst in the majors with a 1.44 WHIP. We should see a lot of scoring here, play the over.

It will be a pitchers’ duel between the Dodgers Trevor Bauer and the Brewers Freddy Peralta on Thursday. Bauer (3-0 2.53 ERA) and Peralta (2-0, 2.45 ERA) have both pitched well to start the year and have limited these lineups to sub .200 batting averages against in their careers. The Dodgers are averaging 3.7 runs per game over the last 7 days, and the Brewers are averaging 3.1. I like the under here.

The Rangers Kyle Gibson has yet to allow a run at home in two starts this season, tossing 14 shutout innings with 14 strikeouts. He has been just as stingy against this Boston lineup in his career, limiting them to a .156 average with 21 strikeouts in 76 at bats. The Red Sox’ Martin Perez has only lasted 3.2 innings in each of his last two starts. I will take a chance on the home dogs here.

Detroit ranks last in the majors over the last 7 days with a .174 average and 10 runs scored. The White Sox' Carlos Rodon has been stellar this season, boasting a 0.47 ERA  through three starts with a no hitter a few weeks back. The Tigers Casey Mize is a great prospect, but has given up at least 5 runs in his last two starts. Back the home team here.

The Tigers will start Matthew Boyd here, who has impressed with a 1.82 ERA and 0.84 WHIP to start the year. Despite Detroit ranking last in the majors with a .635 OPS to start the season, they should have a good matchup here. The White Sox Dylan Cease has struggled against this Tigers lineup in his career, allowing a .390 average with 4 home runs in 70 at bats. Cease is also yet to make it out of the 5th inning in 4 starts this year. Give me the Tigers.