The Boston Red Sox and Seattle Mariners face off on Sunday in an American League MLB showdown at Fenway Park.

These two teams have played three games so far this year and it’s been the Mariners who have won two of the games. On Saturday it was the Mariners who were able to win 8-2 led by Kyle Seager who drove in three RBI’s.

The Mariners are playing well coming into this game having wom seven of their last ten games. The Mariners offense has been strong as of late and it’s led to the success against the Red Sox. Kyle Seager has been the top player for the Mariners driving in 19 RBI’s.

On the other side of this matchup is the Boston Red Sox who had a king winning streak a few weeks back. The pitching for the Red Sox has been a little suspect as of late and in this game they are going to need to have a better outing. J.D. Martinez has been the best player so far this year hitting seven home runs and driving in 21 RBI’s.

Eduardo Rodríguez will get the start for the Red Sox and on the season he has pitched 16 innings giving up 12 hits and six runs.

Nick Margevicius will get the start for the Mariners and he has struggled this season going 11.2 innings giving up 11 hits and 12 runs. For the Mariners to win, they are going to need a good start out of Margevicius.

Trusting Margevicius is a scary process and it’s not something I’m willing to do in this game. Look for the Red Sox to run up the score and they will come away with the victory. Back the Red Sox on the run line. 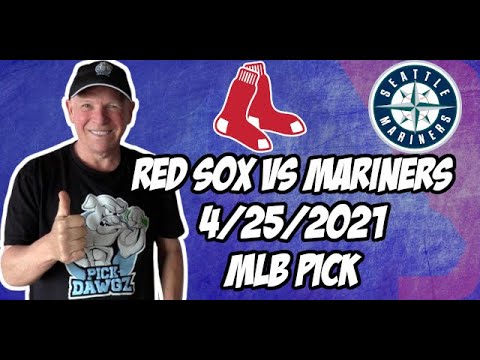