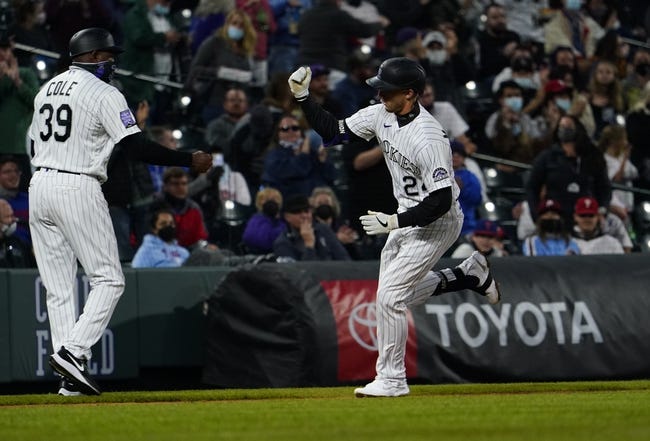 The Philadelphia Phillies will visit the Colorado Rockies in an NL showdown on Sunday afternoon. It will be the finale of a three-game set at Coors field.

The Phillies took the last game 7-5. Aaron Nola got the win after tossing 7 innings, giving up 4 runs with 4 strikeouts. From the dish they had 9 hits and were 2-5 with runners in scoring position. Rhys Hoskins hit two home runs, bringing his season total to 6. To start the year, Philadelphia has a .247 team batting average and .720 OPS. Rhys Hoskins leads the team with 6 home runs 16 runs scored.

Starting for the Phillies on Sunday will be righty Chase Anderson. To start the year, he is 0-2 with a 4.15 ERA, 1.15 WHIP and 11 strikeouts. In his career against this Rockies lineup, he has faced just four batters. He has allowed a .132 average with 10 strikeouts in 56 at bats against them.

The Rockies loss on Saturday snapped a three-game winning streak. Antonio Senzatela gave up 4 runs over 5 innings in the start. From the dish, the Rockies had 8 hits and were just 1-8 with runners in scoring position. To start the season, Colorado has a .234 team batting average and .703 OPS. Ryan McMahon leads the team with 7 home runs, 13 RBI and .897 OPS.

Getting the start for the Rockies in this one will be righty Jon Gray. To start the season, he is 2-1 with a 2.42 ERA, 1.12 WHIP and 21 strikeouts. He has allowed a .133 average with 18 strikeouts in 64 career at bats against this Phillies lineup.

The Rockies should have the edge on the mound with Jon Gray, who has been solid this year and has had success against the Phillies previously. Philadelphia has not been great on the road, so the Rockies have some good value as they have been playing well at home of late. Give me Colorado to win. 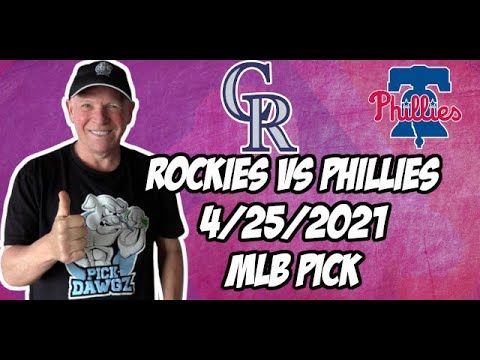