Where to Watch: NBC California Stream the MLB Game of the Day all season on ESPN+. Sign up now!

The Oakland Athletics and Baltimore Orioles face off on Sunday in an American League MLB showdown at Camden Yards.

These two teams have faced off two times already in this series and it’s the A’s that have come away with wins in each of the games. On Saturday it was a 7-2 victory by the Athletics.

The Athletics got out to a slow start to the season against the Houston Astros but it didn’t take long until they started to look like one of the best teams in baseball this is a team that has had good pitching and the offense has been hitting the ball all over the ballpark. The best player so far this season has been Jed Lowrie who has driven in 17 RBIs. In this game it’s going to be about the offense finding success early.

On the other side of this matchup is the Baltimore Orioles who have lost three games in a row and the offense has been an issue and they need to find more  way to hit better with runners in scoring position. Trey Mancini is having another strong season for the Orioles hitting four home runs and 13 RBI’s

On the mound for the Orioles will be John Means who has been basically lights out so far this season. Means has pitched 23.2 innings so far this year giving up 16 hits and four runs.

Means is going to be the stopper of the A’s winning streak. Look for him to be lights out and for the Orioles to win this game on the money line. 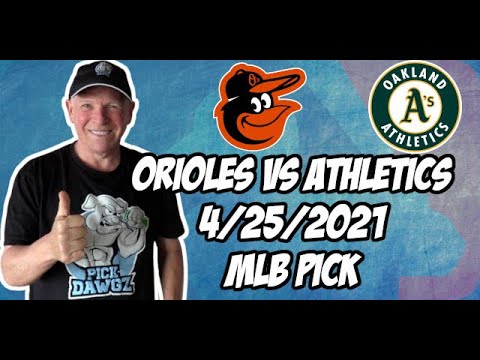