The New York Yankees and Cleveland Indians face off on Sunday in an American League showdown at progressive field.

These two teams have played three games already so far this series and it’s been the Yankees that have won each of the games. On Saturday it was a pitchers duel that had the final score of 2-1.

The Yankees have had all kinds of issues so far this season but maybe all they needed was the Indians to turn around their season. During the first three games of the season they have given up only seven runs total and that has led to the success. Giancarlo Stanton has been good so far this season hitting five home runs and driving in 14 RBIs.

On the other side of this matchup is the Indians who have really struggled so far this season and they currently sit with an 8-11 record overall. Over the last ten games they have a 3-7 record and the offense has been really letting them down. Jordan Luplow has been the best player for the Indians hitting five home runs and driving in 11 RBI’s.

Jameson Taillon will get the start for the Yankees and on the season he has gone 13.1 innings giving up 15 hits and eight runs.

Triston McKenzie will get the start for the Indians and on the season he sits with an ERA near three.

This is going to be the game the Indians turn it around and get to Tailion early. Back the Indians to get the job done on the money line. 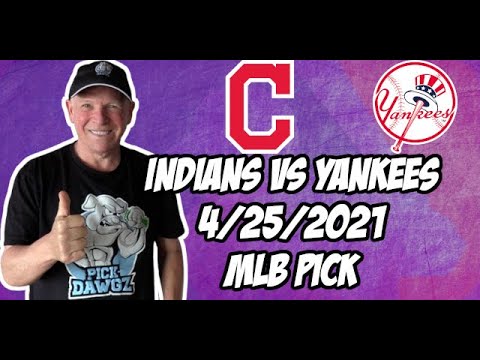