Where to Watch: BS kC Stream the MLB Game of the Day all season on ESPN+. Sign up now!

The Kansas City Royals and Detroit Tigers face off on Sunday in an MLB showdown at Comerica Park.

These two have played two games this series with theRoyals wining each of the games.. On Saturday it was the Royals winning 2-1.

The Detroit Tigers have really struggled so far this season and coming into this game they sit with a 7-14 record overall. The biggest issue for this Tigers team has been with scoring runs and in this game they are going to need to find a way to get the offense going in the first few innings. There hasn’t been many bright spots for the team but Wilson Ramos has hit six home runs and driven in eight RBIs.

On the other side of this matchup is the Royals who currently sit atop of the division with a 12-7 record overall and although they aren’t getting a ton of attention they should be. This is a team that has done it with their bats and their pitching. On Saturday it was the pitching giving up only a run that was the difference as they came away with the victory.

Danny Duffy will get the start for the Royals and he has been electric this year. In 18 innings he has given up 14 hits and three runs.

For the Tigers it will be Michael Fulmer who hasn’t gotten deep into a start so far this season. On the year he has gone 16 innings giving up 11 hits and 7 runs.

I expect both teams are going to struggle to score in this game and that will lead to this game going well under the total. Back the under. 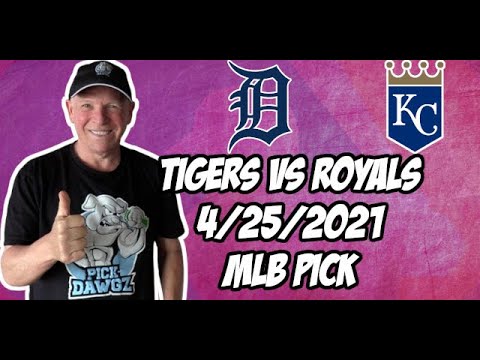