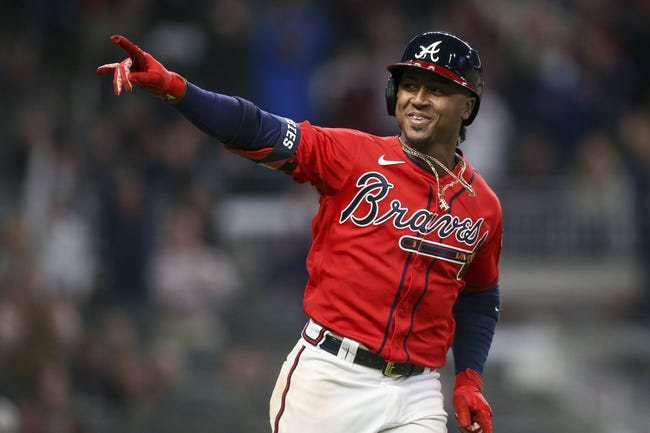 The Arizona Diamondbacks face the Atlanta Braves on Sunday, April 25th at Truist Park for game two of a doubleheader.

The Diamondbacks and Braves were supposed to play the second game of their series, but the game was postponed and so the two teams will meet on Sunday for a doubleheader in Atlanta. The Braves won the first game of this series by the final score of 5-4. Atlanta held a 3-0 lead early in the game but the D-Backs were able to make things very interesting towards the end of the ballgame. The Braves held on for an important home victory and improved to 9-10 on the year. The Diamondbacks' four-game winning streak was snapped with the loss, and they are now 9-11 on the year which is good for fourth place in the NL West standings.

The Atlanta Braves are currently projected to send right-hander Bryce Wilson to the bump for game two. Wilson is 1-0 with a 3.60 ERA through his first 5.0 innings of the season. Wilson has only made one start this year and it was against the Chicago Cubs at Wrigley. Wilson earned the victory after tossing five innings of two-run ball with seven strikeouts.

The line has not yet been released for this game, so be sure to check back soon for updates regarding the odds and any starting pitcher changes. I think the D-Backs have the advantage in game two, whereas the Braves hold the clear advantage in game one. If the D-Backs win a game on Sunday, I think game two is the one so I will lean their way for the second contest.

UPDATE: Madison Bumgarner and Drew Smyly look to be the starters in game two, as Gallen and Wilson will go in game one. The Braves are big favorites because of this and I think the over is the only play I lean towards in the second game of this doubleheader.