The Arizona Diamondbacks will visit the Atlanta Braves in an NL matchup on Sunday afternoon. It will be the second of a three-game set at Truist Park.

The Diamondbacks dropped the first game 5-4 after a rough outing from Luke Weaver. He gave up 4 runs over 5 innings. From the dish they had just 5 hits and were 1-5 with runners in scoring position. Carson Kelly hit a two-run shot in the 5th for his 5th of year. Arizona has a .225 team batting average and .711 OPS to start the season. Eduardo Escobar leads the team with 6 home runs and a .870 OPS.

Getting the start for Arizona on Saturday will be lefty Madison Bumgarner. To start the year, he is 1-2 with a 8.68 ERA, 1.77 WHIP and 20 strikeouts. In his career against this Braves lineup, he has allowed a .262 average with 3 home runs in 64 at bats.

The Braves hung to get the win last time out, surviving an 8th inning chance by Arizona to tie the game. Huascar Ynoa got the win after going 6 innings and allowing just 2 runs. From the dish they had 7 hits, 2 of which were homers. Ozzie Albies hit a solo shot in the 7th for his 3rd of the year. To start the season, Atlanta has a .228 team batting average and .747 OPS. Ronald Acuna Jr. has had a monster start and leads the team in virtually every offensive statistic.

Starting for the Braves in this one will be lefty Drew Smyly. In 2 starts this season, he is 0-0 with a 5.73 ERA, 0.91 WHIP and 11 strikeouts. This will be the first time he has faced this Diamondbacks lineup.

The Braves have a chance to get back to .500 with a win here and should have the edge on the mound. Despite his high ERA, Smyly has allowed very few baserunners and has the advantage of facing this Diamondbacks lineup for the first time. Ronald Acuna Jr will now be in his second game back from an abdominal strain and will be ready to tee off against a struggling Bumgarner. Give me the Braves to win. 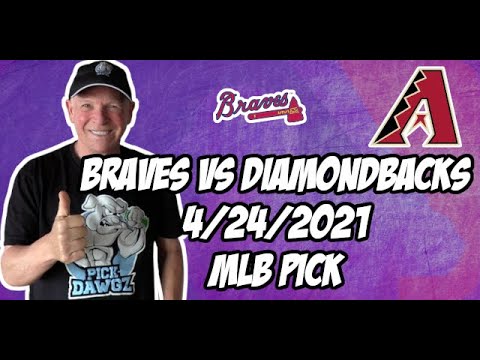