Where to Watch: FS1, MASN, WPIX Stream the MLB Game of the Day all season on ESPN+. Sign up now!

The Washington Nationals look for a win after splitting their last 10 games. The Nationals have scored four runs in their last three games and three or less runs in five of their last seven games. The Nationals have lost six of their last nine games when scoring three or less runs. Trea Turner leads the Nationals with 19 hits and eight RBI while Starlin Castro and Juan Soto have combined for 31 hits and 19 RBI. Joe Ross gets the ball, and he is 1-1 with a 5.87 ERA and 14 strikeouts this season. Ross is 2-4 with a 5.73 ERA and 42 strikeouts in his career against the Mets.

The Washington Nationals offense has gone ice cold this week and now they're going up against a Stroman who is in the early conversation for NL CY Young. Marcus Stroman has allowed 10 hits and two runs through 20 innings while striking out 11 and walking three. Stroman is allowing a .149 batting average and .197 on base percentage. Give me the Mets and the RL for max betting value. 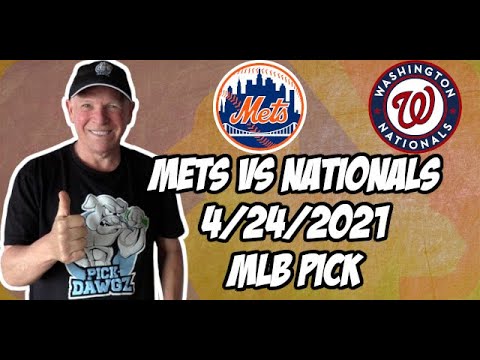