The Texas Rangers will visit the Chicago White Sox in an AL matchup on Saturday night. It will be the second of a three-game set at Guaranteed Rate Field.

The Rangers dropped the first game 9-7 on Friday. Kyle Cody earned the loss after giving up 3 runs in 3 innings of relief work. From the dish they had 10 hits and were 3-11 with runner in scoring position. Adolis Garcia homered twice in the game, bringing his season total to 5. To start the year, the Rangers have a .220 team batting average and .659 OPS. Nick Solak leads the team with a .274 average, .850 OPS and 13 runs scored.

Starting for the Rangers on Saturday will be righty Kyle Gibson. He is 2-0 with a 2.53 ERA, 1.13 WHIP and 18 strikeouts this season. Against this White Sox lineup in his career, he has allowed a .244 average with 6 home runs in 131 at bats.

The White Sox took the last game for their 4th win in 5 games. The pitching staff combined to give up 10 hits but struck out 14. From the plate they had 16 hits and were 6-14 with runners in scoring position. Yoan Moncada homered in the 8th for his 2nd of the season. To start the season, Chicago has a .256 team batting average and .738 OPS. Yermin Mercedes leads the team with .429 average, 1.161 OPS and 4 home runs.

Getting the start for Chicago on Saturday will be lefty Dallas Keuchel. To start the season, he is 1-0 with a 5.68 ERA, 1.37 WHIP and 10 strikeouts. He has only faced four current Rangers in his career, allowing a .248 average with 10 strikeouts in 27 at bats.

Texas will look to bounce back in this one. They have gotten off to a decent start this season and have the edge on the mound. Kyle Gibson has been on a good run, only giving up 1 run in his last 21 innings. The Rangers bullpen does not give me much confidence, but the Rangers have been good against lefties and should have enough of a lead to weather the storm late. Give me Texas to win. 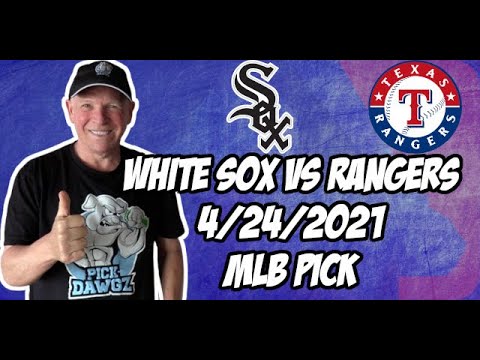