The Seattle Mariners face the Boston Red Sox on Saturday, April 24th at Fenway Park for game three of a four-game series.

The Boston Red Sox took down the Seattle Mariners by the final score of 6-5 on Friday night to earn their first win of this series. The Mariners struck first in the top of the 1st inning, but Boston was able to answer in the bottom half and held a 6-2 lead for a majority of the game. The Mariners added three runs in the ninth but could not manage to find the tying or go-ahead run in the final frame, as Boston was able to hold on. The Red Sox are now 13-8 on the year and have snapped their two-game losing streak. The Red Sox are still in first place in the AL East standings, as they are the only team with a record above .500 in the division. The Mariners are 12-8 and trail the A's by one game in the AL West standings.

The Seattle Mariners are projected to bring right-hander Chris Flexin to the mound to face the Sox. Flexin is 1-1 with a 3.38 ERA through his first 16.0 innings of the season with the Mariners. Flexin has been a good surprise for the M's this season, as he has certainly delivered for the Mariners in the middle of the rotation. Flexin has only allowed one home run in 16.0 innings, which is an excellent stat to have.

The Boston Red Sox are set to bring their ace in right-hander Nathan Eovaldi to the mound for game three of this series. Eovaldi is 3-1 with a 3.04 ERA through his first 23.2 innings of the season. Eovaldi has not allowed a single home run this season and has only walked four batters in almost 24 innings of work. Eovaldi has been fantastic this season and will look to continue his good fortune against Seattle.

I cannot pass up on Eovaldi here, as he has been far too dominant for me to take a shot with the Mariners. I think the Red Sox win this game and win it by a few runs. I will lay the run line with the home favorite here. 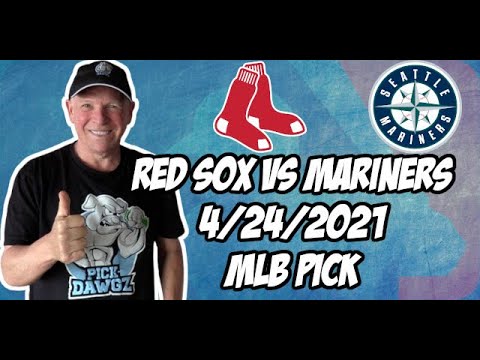