The Los Angeles Dodgers will host the San Diego Padres in an NL West battle on Saturday. This will be the third of a four-game set at Dodger Stadium.

The Dodgers lost for the fourth time in five games on Friday, falling 6-1 to the Padres. Kershaw did not pitch well for by his standards, giving up 3 earned runs over 7 innings in the loss. He had not given up a home run all year until he was touched up for 3 in this one. From the plate they had just 4 hits and were 1-7 with runners in scoring position. To start the year, Los Angeles has a .240 average and .760 OPS. Justin Turner leads the team with a .362 average, 1.119 OPS, 5 home runs and 16 RBI.

Starting for the Dodgers in this one will be righty Trevor Bauer. He is 2-0 with a 2.42 ERA, 0.62 WHIP and 36 strikeouts. Bauer has allowed a .140 average with 27 strikeouts in 91 career at bats against this Padres lineup.

The Padres have now won two in a row after their 6-1 win on Friday. Yu Darvish earned the win after tossing 7 innings and giving up just 1 run with 9 strikeouts. From the dish they had 8 hits and were 2-5 with runner in scoring position. Fernando Tatis Jr. homered twice off Kershaw, and now has 4 on the season. To start the year, San Diego has a .232 team batting average and .685 OPS. Will Myers leads the team with 4 home runs and a .884 OPS.

San Diego has been playing better of late, but I like the Dodgers to bounce back here. Trevor Bauer has been great to start the season and pitched well last time he faced the Padres. Snell pitched well but did not last as long, and I do not think the Dodgers bullpen blows another lead in this one. Give me LA to win. 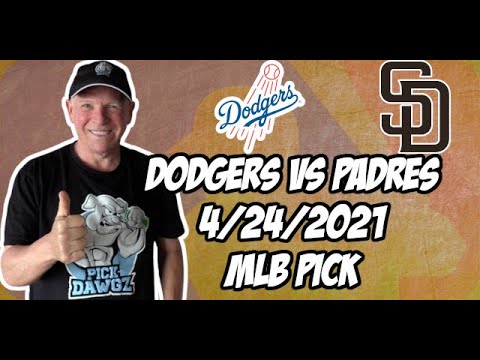