The Pittsburgh Pirates face the Minnesota Twins on Saturday, April 24th at Target Field for game two of a three-game season series.

The Minnesota Twins flirted with history on Friday night as they defeated the Pittsburgh Pirates by the final score of 2-0. J.A. Happ had a no-hitter for 7.1 innings, but a double in the top of the eighth broke it up. That would be the only hit for the Buckos on Friday night, as Happ was excellent and the Twins pen was able to close out the shutout. The Twins needed that win, as it now gives them a record of 7-11 which is not pretty, but is fixable. The Pirates are two games under .500 again at 9-11 and will look to take game two of this series and tie it up on Saturday afternoon.

The Pittsburgh Pirates are projected to bring right-hander Trevor Cahill to the mound to face the Twins. Cahill is 0-2 with a 9.69 ERA through his first 13.0 innings of the season with the Pirates. Cahill has been hit hard twice this season, as he allowed seven earned runs in his first start and then six earned runs in his most recent start against the Brewers. Cahill has not walked too many batters and has only allowed two home runs, which may suggest that he has not pitched nearly as bad as his numbers show.

The Minnesota Twins are set to send right-hander Michael Pineda to the bump for Saturday's contest. Pineda is 1-0 with a 1.00 ERA through his first 18.0 innings of the season. Pineda is off to a fantastic start to the year, as he has given the Twins solid work in the middle of their rotation. Pineda has struggled in recent seasons, but his first three starts in 2021 have been very promising and keep Twins fans hopeful.

I am going to take the Twins at home here, as I think they are plainly the better team with the stronger starter on the mound in a must-win kind of atmosphere. If the Twins want to climb back in the standings, home games against one of the weaker teams in the MLB cannot be let go. 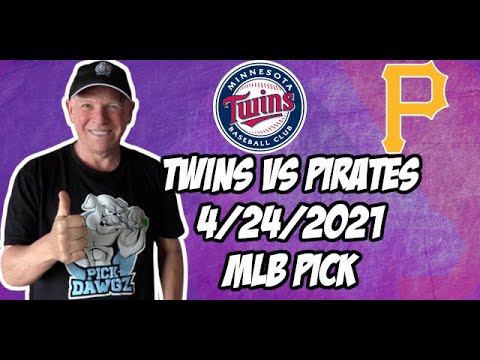