The Kansas City Royals face the Detroit Tigers on Saturday, April 24th at Comerica Park for game two of a four-game series.

The Kansas City Royals took down the Detroit Tigers in the first game of this series on Friday night. The final score of that contest was 6-2, and it was the 11th win of the year for these Royals. Kansas City was led by a strong pitching performance by Mike Minor, as he went 5.2 innings with nine strikeouts and only allowed two earned runs. Casey Mize earned the loss for the Tigers, as he was not his best allowing six earned runs and only striking out a single batter. If Mize does not miss bats, bad things will happen to him and we saw just that on Friday night. The Royals are 11-7 on the year and are in first place in the AL Central standings. The Tigers are back on another losing streak and are 7-13, good for the worst record in the American League.

The Kansas City Royals are projected to bring right-hander Brady Singer to the mound to face the Tigers. Singer is 0-2 with a 3.77 ERA through his first 14.1 innings of work this season. Singer is coming off his best start of the season, as he tossed 6.0 shutout innings with six strikeouts against the Toronto Blue Jays in an eventual Royals win.

The Detroit Tigers are projected to send left-hander Matthew Boyd to the bump for game two of this series. Boyd is 2-1 with a 2.03 ERA through his first 26.2 innings of the 2021 campaign. Boyd has been the most consistent starter for the Tigers this season, which was exactly what Tiger fans wanted to see from the southpaw this season. Boyd has only conceded one home run to his opponents this season, which is an incredible stat line to hold through almost 27 innings already.

I am taking the under here, as I expect an ultimate pitcher's duel on Saturday. Both starters have great stuff when on and have minimized allowing the long ball, which is imperative for a pitcher in today's game. 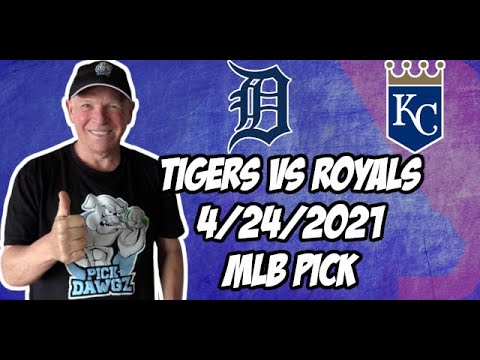