The Cincinnati Reds face the St. Louis Cardinals on Saturday, April 24th at Busch Stadium for game two of a three-game series.

Friday's game between the Reds and Cardinals did not start as the drama-filled showdown as we expected, as St. Louis jumped out to an early and commanding 5-0 lead. The Reds made things very, very interesting in the top of the 9th inning, however, as St. Louis pitchers were struggling to find the strike zone and managed to walk and wild pitch their way to only a one-run lead at 5-4. The Cardinals escaped with a win after striking out Nick Castellanos and Eugenio Suarez back-to-back, but things got a lot more nerve-racking than they needed to be in game one. Both teams are 9-10 on the year and both teams are not very fond of the other, so game two should be entertaining to watch as well.

The Cincinnati Reds are projected to bring left-hander Wade Miley to the mound to take on the Cards. Miley is 2-1 with a 2.25 ERA through his first 16.0 innings of the season with the Reds. Miley had two fantastic starts at the beginning of the season but he struggled badly in his most recent start against the Indians. Miley allowed four earned runs in 5.0 innings while also conceding two home runs in a 6-3 Reds' loss.

In a game that seems like a coin flip, I am going to take the over as I expect both teams to score plenty of runs on Saturday. The first four games of this season series have all had plenty of offense to go around and I do not think Saturday's ballgame will be any different. 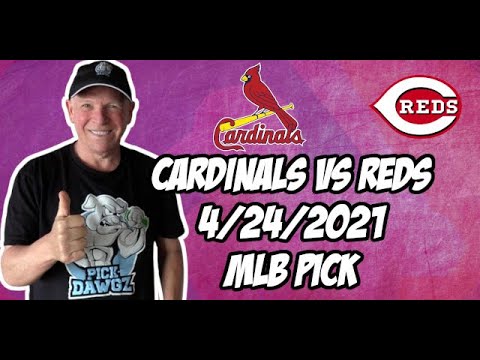