Where to Watch: BS Southwest Stream the MLB Game of the Day all season on ESPN+. Sign up now!

The Texas Rangers and Chicago WHite Sox face off on Friday in an American League MLB showdown at Guaranteed Rate Field.

The Rangers sit with a 9-10 record overall but they have won three of their last four games overall including their last game against the Angels 7-4. The Rangers offense has been inconsistent this year and when they have struggled it’s been the offense that has really let them down so far this season. Nate Lowe has been the best player so far this season for the Rangers hitting five home runs and driving in 17 RBI’s.

On the other side of this matchup is the Chicago White Sox who sit with a 9-9 record overall but they have also won three of their last four games. In the last game against the Indians, the White Sox’s offense has been strong scoring eight runs and they need the offense to be strong again. Jose Abreu has been the best player for the White Sox hitting four home runs and driving in 14 RBI’s. Adam Eaton has also hit three home runs and driven in 14 RBI’s.

Dane Dunning will get the start for the Rangers and he might be looking for some revenge after spending some time with the White sox. Dunning on the season has given up only ten hits and one run in 15 innings pitched. 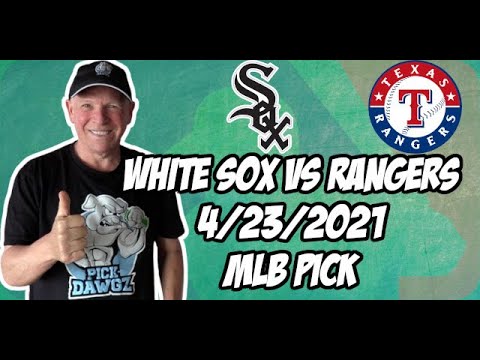