The Pittsburgh Pirates and Minnesota Twins face off on Friday in an interleague MLB showdown at Target Field.

The Pirates come into this game with a 9-10 record overall and they have won two of their last three games against the Tigers. On Thursday it was the pitching staff that was the difference giving up only two runs and that led to the victory. During the two wins the Pirates gave up only four runs total and with the offense not being great, it usually ha to be the pitching that needs to be good. Colin Moran has been the best player for the Pirates hitting four home runs and driving in 15 RBI’s.

On the other side of this matchup is the Minnesota Twins who have been awful this season and they have lost four games in a row. In the last game against the A’s it was a bullpen that blew another game, something that has been common this season. Nelson Cruz and Byron Buxton have both had big seasons for the Twins hitting six home runs.

On the mound for the Pirates is J.T. Brubaker who comes into this game having pitched 15.1 innings so far this season hitting 11 home runs and three RBI’s.

On the mound for the Twins is J.A. Happ who has pitched 8.2 innings giving up seven hits and three runs on the year.

Trusting the Twins at this point of the season seems foolish and even though they are at home the Pirates are going to find a way to get the job done in this game. Back the Pirates to come away with a win on the money line. 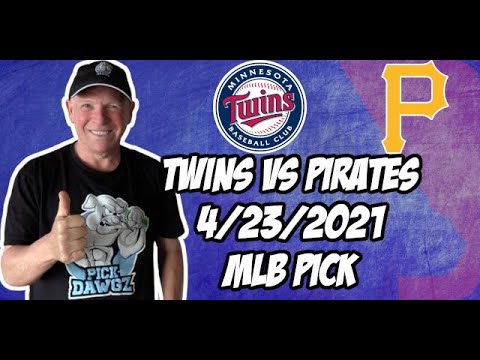