The PHiladelphia Phillies and Colorado Rockies face off on Friday in an MLB showdown at Coors Field.

The Philadelphia Phillies come into this game with a 9-9 record overall but they did lose two of their last three games against the San Francisco Giants. The Phillies last game against the Giants the offense managed six runs and that led to a 6-5 victory. Bryce Harper is having another nice start to the season hitting four home runs and driving in eight RBI’s.

On the other side of this matchup is the Colorado Rockies who have really struggled this season sitting with a 6-12 record overall  Even with all the struggles the Rockies have won two games in a row including their last game against the Astros while their won 6-3; Ryan McMahon has been the best player for the Rockies hitting hitting six home runs and driving in 10 RBI’s. IN this game the Rockies need the offense to be strong.

I still don’t trust Marquez and the Phillies are going to take advantage of it. Back the Phillies to come away with a win on the money line. 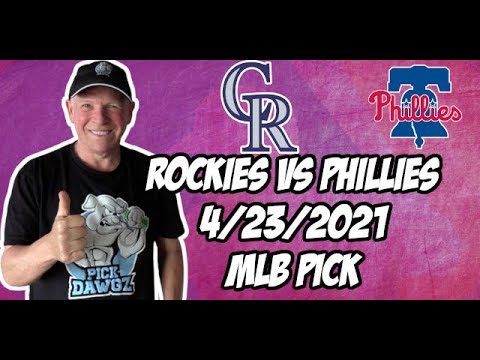