The New York Yankees will visit the Cleveland Indians in an AL battle on Friday. It will be the second of a four-game set at Progressive Field.

The Yankees won the first game 6-3. Domingo German tossed 6 solid innings, giving up 3 runs (2 earned), with 6 strikeouts. From the dish they had 11 hits and were 4-12 with runner in scoring position. Kyle Higashioka hit a solo shot in the 8th for his 3rd of the season. New York has a .211 team batting average and .644 OPS to start the season. Aaron Judge leads the team with 4 home runs and a .859 OPS.

Starting for the Yankees on Friday will be lefty Jordan Montgomery. To start the year, he is 1-1 with a 4.24 ERA, 0.88 WHIP and 18 strikeouts. This will be the first time in his career he has seen most of this Indians lineup, having only faced Jose Ramirez and Amed Rosario.

The Indians lost for the 4th time in 5 games on Thursday. Aaron Civale gave up 2 earned runs in 5 innings, and the bullen gave up 3 runs over 3.2 innings in the loss. From the dish they had 8 hits and were 2-11 with runners in scoring position. To start the year, Cleveland has a .210 team batting average and .674 OPS. Franmil Reyes leads the team with a .273 average, .862 OPS and 8 runs scored.

Getting the start for Cleveland on Friday will be lefty Logan Allen. To start the season, he is 1-2 with a 4.50 ERA, 1.25 WHIP and 10 strikeouts. This will be the first time he has faced this Yankees lineup.

The Yankees have now won 2 of their last 3 and have a chance to get going with another win here. Montgomery has pitched well this season and will be backed by a bullpen with the lowest ERA and WHIP in the majors. The Yankees have also been slightly better against lefties than Cleveland. The game is not played on paper, but the Indians have not fared well as the underdog this season. Give me the Yankees to win. 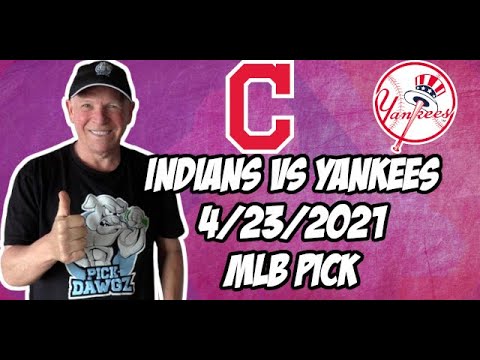