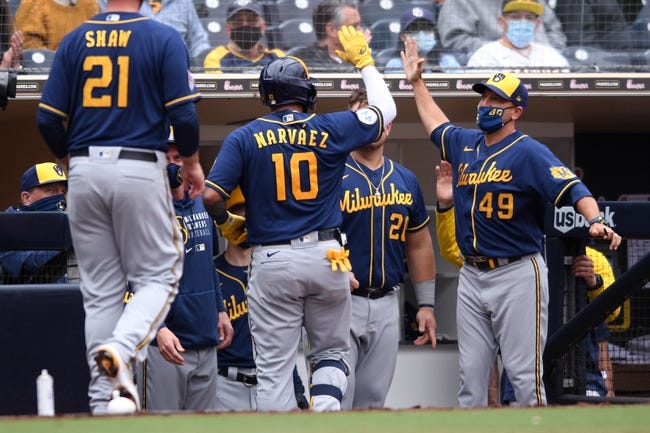 The Milwaukee Brewers will visit the Chicago Cubs in an NL Central battle on Friday afternoon. This will be the first of a three-game set at Wrigley Field.

The Brewers won 4-2 on Wednesday, completing the sweep at San Diego. The pitching staff combined for 13 strikeouts, and the bullpen tossed 4.1 scoreless innings in the win. From the dish, the Brewers had 7 hits and were 2-6 with runners in scoring position. Jace Peterson and Omar Narvaez both homered in the game. To start the year, Milwaukee has a .209 team batting average and .660 OPS. Omar Narvaez leads the team with a .396 average, 1.059 OPS and 3 home runs.

Starting for the Brewers on Friday will be lefty Brett Anderson. To start the season, he is 2-1 with a 2.65 ERA, 1.12 WHIP and 8 strikeouts. He has allowed a .284 average with 5 home runs in 78 career at bats against this Cubs lineup.

The Cubs won 4-3 in ten innings against the Mets last time out, completing the sweep. The pitching staff allowed just 6 hits and struck out 11 in the win. From the dish they had just 6 hits but managed to go 3-8 with runner in scoring position. To start the season, the Cubs rank last in the majors with a .200 batting average. Kris Bryant leads the team with a .283 average, .997 OBP and 5 home runs.

Getting the start for Chicago on Friday will be righty Kyle Hendricks. To start the year, he is 0-2 with a 6.92 ERA, 1.69 WHIP and 12 strikeouts. In his career against this Brewers lineup, he has allowed a .336 average with 3 home runs in 51 at bats.

Milwaukee is the better team here and has the matchup advantage as well. Chicago has been one of the worst offensively and has not been much better against lefties. Hendricks has been off to a slow start and will face a hot Brewers lineup that has hit him hard in the past. Give me Milwaukee to keep it rollin’ on the road. 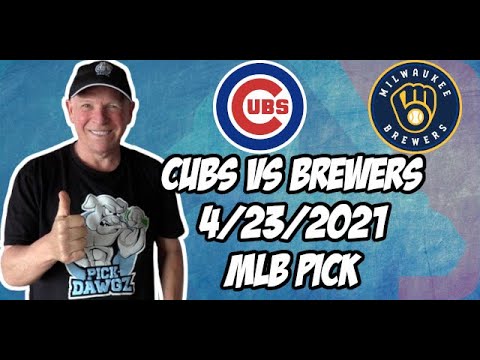