The Los Angeles Angels face the Houston Astros on Friday, April 24th at Minute Maid Park for game two of a four-game series.

The Houston Astros defeated the Los Angeles Angels by the final score of 8-2 in the first game of this series on Thursday. The Astros hit Alex Cobb early and scored six runs by the end of three innings to jump out to a decisive lead. The Angels struggled against Astros' starter Cristian Javier, as he racked in the strikeouts early, striking out eight batters in the first 2.2 innings of work. The Astros snapped their three-game losing streak with the win and it was also Dusty Baker's 1,900 win as a manager. The Astros are 8-10 on the year while the Angels remain one game above .500 at 9-8. Mike Trout left Thursday's game early after being hit by a pitch, so that is something to keep track of heading into this game.

The Houston Astros are projected to bring right-hander Zack Greinke to the mound to take on the Angels. Greinke is 2-1 with a 2.81 ERA through his first 25.2 innings this season with the Stros. Greinke has been the ace that the Astros needed him to be this season with Verlander, but his strikeout numbers being down are a bit concerning. Greinke only has 16 Ks in 25.2 innings, which is only good for 5.6 K/9.

The Los Angeles Angels are projected to send left-hander Andrew Heaney to the bump for game two of this series. Heaney is 1-1 with a 5.65 ERA through his first 14.1 innings of the season. Heaney has struggled so far in 2021 and the walks have become an issue for the southpaw, as he averages a walk every other inning this season.

I am going to take the over here, as I expect both teams to light up the scoreboard offensively. Greinke's ERA may fool you as he has allowed four home runs this season and, as mentioned before, his strikeouts are down. Heaney has also struggled and I would not be surprised to see these teams go back and forth on the scoreboard. 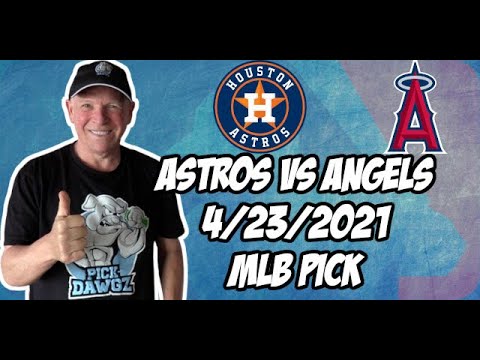