The Detroit Tigers will host the Kansas City Royals in an AL Central battle on Friday night. It will be the first of a four-game set at Comerica Park.

The Tigers lost for the 6th time in 7 games on Thursday, falling 4-2 at home to the Pirates. Starter Jose Urena pitched well, but the bullpen quickly spoiled a 2-2 by giving up 2 in the 8th. From the dish the Tigers had 9 hits and were 2-7 with runner in scoring position. To start the year, Detroit has a .216 team batting average and .658 OPS. Akil Baddoo leads the team with a .275 average, .986 OPS and 13 RBI.

Starting for Detroit on Friday will be young righty Casey Mize. To start the year, he is 1-1 with a 3.38 ERA, 1.25 WHIP and 13 strikeouts. This will be the first time he has faced this Royals lineup.

The Royals salvaged a win at home against the Rays last time out, getting a 9-8 win on a walk-off single by Salvador Perez to avoid the sweep. Every Royals pitcher gave up at least a run in the game. From the dish, they had 10 hits and were 2-5 with runners in scoring position. They hit three home runs in the game. To start the season, the Royals have a .243 team batting average and .716 OPS. Salvador Perez leads the team with 5 home runs and a .888 OPS.

Lefty Mike Minor will get the start for the Royals on Friday. He is 1-1 with a 5.17 ERA, 1.28 WHIP and 12 strikeouts this season. Minor has allowed a .287 average with 3 home runs in 45 career at bats against this Tigers lineup.

The Tigers have ranked near the bottom of the league in offensive production, but rank middle of the pack against left-handed pitching. Casey Mize has been impressive outside of a rough outing last time out and has the advantage of seeing this Royals lineup for the first time. I would avoid this game as the Tigers are not a team I feel confident backing, but they’re who I would back here. Give me Detroit to win. 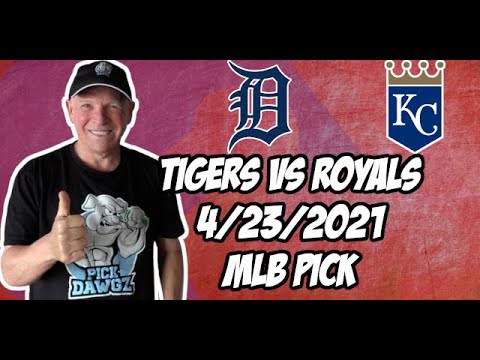