The Cincinnati Reds and St. Louis Cardinals face off on Friday in an MLB showdown at Busch Stadium.

The Cincinnati Reds come into this game with a 9-9 record overall but they are coming off a loss on Thursday by a score of 14-11. The Diamondbacks have lost three games in a row and each of the last two games the pitching staff has really struggled. Tyler Naquin has had a big season for the Reds hitting six home runs and driving in 18 RBI’s.

On the other side of this matchup is the St. Louis Cardinals who come into this game with an 8-10 record overall. Coming into this game the Cardinals have lost two games in a row and the offense has really struggled in each of the last two games. Paul DeJong has been the best player for the Cardinals hitting five home runs and driving in 10 RBI’s. Yadier Molina has found a lot of success hitting four home runs and driving in 12 RBI’s.

Sonny Gray will get the start for the Reds and on the season he has pitched 4.1 innings giving up six hits and two runs.

Kwang-hyun Kim will get the start for the Cardinals and he has made only one start so far this season. Kim has pitched three innings so far this year giving up five hits and three runs.

Kim is going to be lights out this season and that will be the difference as the Cardinals have no issue coming away with a victory. Back the Cardinals on the money line. 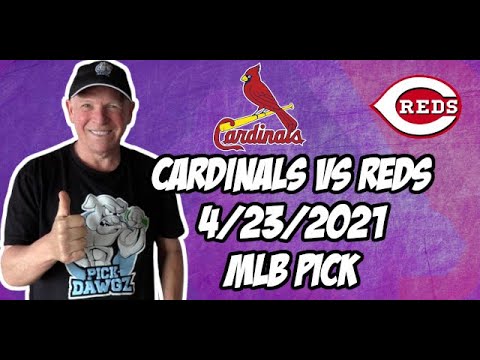