Where to Watch: BS Arizona Stream the MLB Game of the Day all season on ESPN+. Sign up now!

The Arizona Diamondbacks and Atlanta Braves face off on Friday in a National League showdown at SunTrust Park.

The Arizona Diamondbacks have been inconsistent this year but they can move back to .500 with a win in this game. The good news for the Diamondbacks heading into this game is their bats are hot. On Thursday it was the offense that was the difference putting up 14 runs against the Reds and even though the pitching staff gave up 11 runs they still won. Eduardo Escobor has been the best player for the team hitting six home runs and 12 RBI’s.

On the other side of this matchup is the Braves who come into this game with an 8-10 record overall but they have won two of their last three games. In the last game against the Yankees the pitching staff was elite giving up only one run and that was enough as they were able to come away with the victory. Ronald Acuna has been one of the best players in baseball so far this season and coming into this game he has hit seven home runs and 16 RBI’s.

On the mound for the D-Backs is Luke Weaver and on the year he has pitched 16.2 innings giving up 13 hits and seven runs.

On the mound for the Braves is Huascar Ynoa and on the season he has pitched 16 innings giving up 13 hits and seven runs.

The D-Backs are hot and I think that will continue in this game. Look for the Braves to struggle to score in this game and the Diamondbacks will come away with a win. 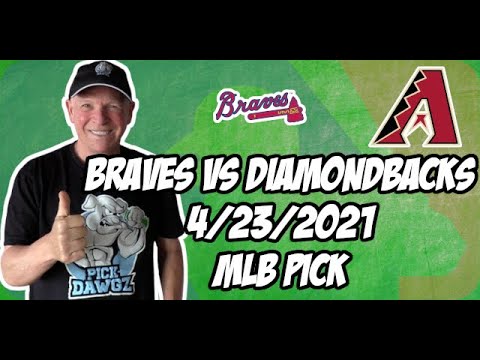