The Seattle Mariners and Boston Red Sox face off on Thursday in anAmerican League MLB showdown at Fenway Park.

The Seattle Mariners have found a whole lot of success this season and in their last season against the Dodgers they split the two games. In the last game though the Mariners offense really struggled scoring zero runs and that led to the loss. Mitch Haniger has been the best player so far this season for the Mariners and on the season he has hit four home runs and driven in 14 RBI’s. Ty France has also been strong hitting three home runs and driving in 10 RBI’s.

On the other side of this matchup is the Boston Red Sox who are one of the best teams in baseball but the are coming off a loss against the Blue Jays in the last game. The pitching staff gave up six runs and that led to the defeat. JD Martinez has been crushing the ball.

On the mound for the Mariners will be Justin Dunn and on the season he has pitched 9.2 innings three hits and four runs.

On the mound for the Red Sox Nick Pivetta and on the season he has pitched 14.2 innings giving up 13 hits and six runs.

I expect runs are going to be hard to come by for both teams in this game. Look for a pitchers duel by both teams and for the under to cash with ease. 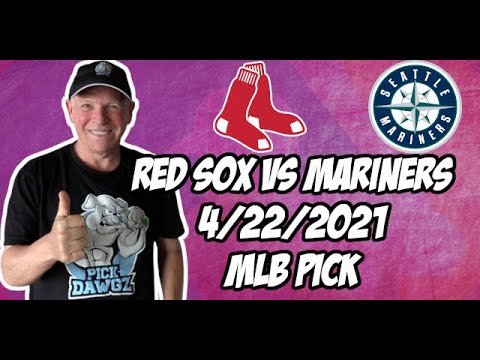