The Pittsburgh Pirates will visit the Detroit Tigers in an Interleague matchup on Thursday. It will be the finale of a 3-game set at Comerica Park.

The two teams split a doubleheader on Wednesday. The Pirates won the first game 3-2. Tyler Anderson earned the win after 5 strong innings, allowing 2 runs with 7 strikeouts. From the dish, the Pirates had 7 hits in the game, and scored 3 runs in the 4th to earn the win.

In the second game, the Tigers came away with a 5-2 victory. Spencer Turnbull got the win after tossing 5 innings, allowing just 1 run with 6 strikeouts. From the dish the Tigers had 7 hits, and 2 home runs. Jonathan Schoop and Niko Goodrum both his solo shots in the game.

Starting for Pittsburgh on Thursday will be righty JT Brubaker. To start the year he 2-0 with a 1.76 ERA, 1.04 WHIP and 18 strikeouts. This will be the first time he has faced this Tigers lineup in his career.

Pittsburgh will be looking to win their 4th straight series on Thursday. They have the edge on the mound with Brubaker, who has been off to a good start and will have the luxury of facing this struggling Tigers lineup for the first time. Detroit's bullpen has also remained unreliable, ranking last in the league with a 6.56 ERA and 29th with a 1.64 WHIP. I like the Pirates to keep their streak alive here. Give me Pittsburgh to win. 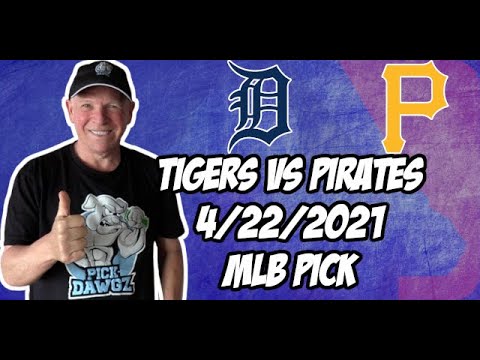