The Toronto Blue Jays face the Boston Red Sox on Wednesday, April 21st at Fenway Park for game two of a two-game series.

The Boston Red Sox defeated the Toronto Blue Jays by the final score of 4-2 on Tuesday night. The Red Sox relied on their bullpen in the win, as the pen tossed three scoreless innings while surrendering only one hit and one walk. The Red Sox are the top team in the American League currently, as they own a 12-6 record overall. The Blue Jays have dropped three games under .500 at 7-10 and will look to at least split this two-game set with a win on Wednesday. Both teams will also look for a bit more offense in game two, as the first contest was more of a pitching chess match.

The Toronto Blue Jays are projected to bring left-hander Anthony Kay to the mound to face the Red Sox. Kay has only made one appearance and one start so far this season. In that start, Kay allowed six total runs and four earned runs in 3.1 innings. Kay did not allow a home run or a walk, which is a promising sign.

The Boston Red Sox are projected to bring right-hander Garrett Richards to the bump to take on the Jays in game two of this series. Richards is 0-1 with a 6.00 ERA through his first 12.0 innings of the season. Richards has not been sharp in his first three starts as a Red Sox, and he will look for his first win of the 2021 season.

I am going to take the Blue Jays in a bounce-back spot here. Kay not allowing a long ball or a free pass in his first start tells me that some of his struggles in that start were a bit unlucky. Richards has been plainly bad, and I would not be surprised to see him get shelled yet again on Wednesday. 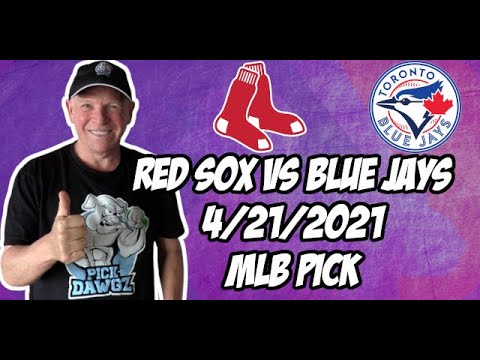