The Texas Rangers and Los Angeles Angels face off on Wednesday in an American League West MLB showdown at Angel Stadium.

These two teams faced off on Tuesday and it was the Angels who were able to win 6-2.

Mike Trout shows night in and night out why he is the best player in baseball. On Tuesday night it was another long home run that helped pace the Angels to a victory.

For the Rangers the offense at times has been lacking and in this game If they want a victory the offense is going to need to be a lot better.

On the mound for the Rangers will be Mike Foltynewicz and on the season he has gone 16 innings total giving up 13 hits and 10 runs.

On the mound for the Angels will be Jose Quintana who has really struggled so far this year for the Angels going five innings giving up 10 hits and 11 runs.

These are two pitchers who have both had issues this season and there is going to be plenty of scoring by both teams. Back the over to cash with ease. 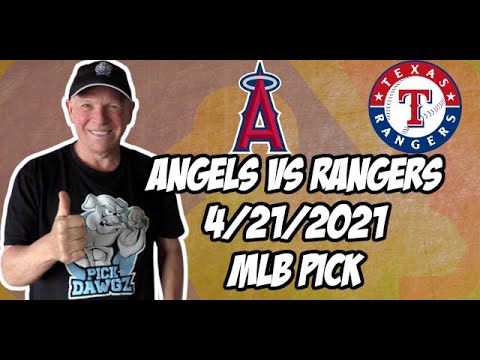