Where to Watch: BS Midwest Stream the MLB Game of the Day all season on ESPN+. Sign up now!

The St. Louis Cardinals and Washington Nationals face off on Wednesday in a National League showdown at Nationals Park.

These two teams faced off on Tuesday and it was the Nationals that were able to come away with the 3-2 victory.

The Nationals have dealt with COVID issues but they have still been able to win three of their last five games. In the first game of the series, the pitching staff really struggled giving up 12 runs and that led to the defeat. Starlin Castro has had a big season for the Nationals hitting one home run and driving in 11 RBI’s.

On the other side of this matchup is the Cardinals who come into this game with an 9-9 record overall. As pf late there have been some struggles for the Cardinals losing four of their last six games. This is an offense that has been inconsistent at best and a lot of the season the pitching staff hasn’t really been much of a help. Yadier Molina has had a big season for hte team and he currently has four home runs and 12 RBI’s.

On the mound for the Nationals will be Max Scherzer and on the season he has gone 19 innings 10 hits and five earned runs.

Martinez hasn’t been great this season and there is going to be plenty of scoring by the Nationals in this game. This game will be over very quickly and the Nationals will win this game on the run line. 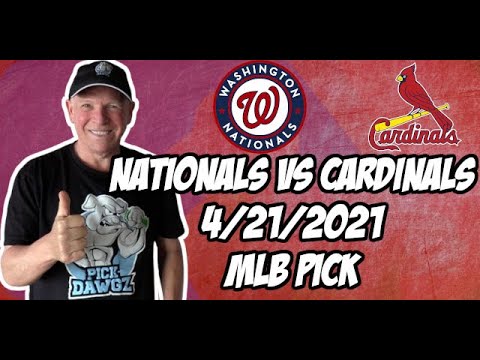