The Pittsburgh Pirates face the Detroit Tigers on Wednesday, April 21st at Comerica Park for game one of a doubleheader.

The Pirates and Tigers were supposed to play the first game of this series on Tuesday, but the game was postponed due to inclement weather. The Pirates head into this series straight off a series win over a division rival in the Milwaukee Brewers. The Pirates took the first and third game of the three-game set to earn their sixth and seventh wins of the season. The Pirates are now 7-9 on the year, which puts the Buckos in fourth place in a very competitive NL Central.

The Tigers were swept in a four-game set against the Oakland A's this weekend. The Tigers worked hard to get back to .500 at 6-6, but the four-game losing streak has pushed Detroit's record to 6-10 (which is good for last place in the AL Central standings). The Tigers are struggling on both sides of the ball and only scored six runs in the four-game series while giving up 21.

The Pittsburgh Pirates are projected to bring left-hander Tyler Anderson to the mound to face the Tigers. Anderson is 1-2 with a 4.02 ERA through his first 15.2 innings of the season with the Pirates. Anderson was sharp in his last outing, allowing only one earned run in 5.1 innings against the San Diego Padres in a 5-1 win.

The Detroit Tigers are projected to send right-hander Michael Fulmer to the bump to take on the Pirates in game one. Fulmer is 1-0 with a 3.00 ERA through his first 12.0 innings of the season with the Tigers. Fulmer started the season out of the bullpen but is now going to make his second start of the season. The Tigers currently have the worst bullpen in baseball according to FanGraphs, so a deep start by Fulmer is necessary for Detroit.

Check back in the morning for the money line prices for this contest. I am going to take the Pirates here, as I expect they will be underdogs as they were on Monday before the postponement. I think we are getting too much value to pass up with the Buckos here. 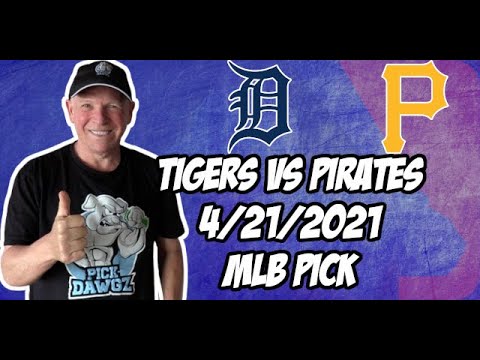